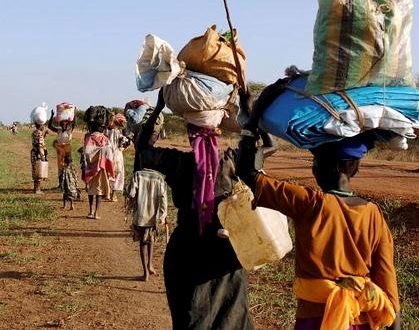 Hundreds of victims of terrorist attacks in neighbouring Burkina Faso are seeking refuge in Ghana, This is according to officials of the Sissala East Municipal Assembly in the Upper West Region.

“They were found in two different places. The estimation of people in the first place was about 200 plus people while the second place was about 100 plus of refugees. During interrogation with the people, they claimed they came from the border between Burkina Faso and Mali. They indicated that there had been a terrorist attack around that area. They said they are farmers and they had countless attacks on them and on their farms, where some of them have been killed. So they are here to seek refuge and continue with their farming,” the MCE stated.

Karim Nanyua noted that the necessary security measures have been taken while his outfit tries to authenticate the claim by the migrants.

Earlier, the Africa Center for Security and Intelligence Studies warned of a possible terrorist attack in Ghana with targets being churches and other religious institutions.

The MCE also said the Immigration Service is trying to ascertain the actual number of the refugees.

“As we speak the Immigration Service is there to ascertain actual numbers of the refugees and I am hoping by the end of the day we should know the exact numbers. As of now, we are just providing them security and monitor the information we pick from them and to confirm whether they are here to seek asylum or not,” he said.

Last week a Security Analyst with the Kofi Annan International Peacekeeping Centre, Dr. Fiifi Adu-Afful, urged the clergy to step up security in churches and other worship centres seriously over possible terrorist attacks.

According to him, the current trend of attacks by extremists that have affected neighbouring countries like Cote D’ Ivoire, Burkina Faso, Mali among others, is a strong signal that Ghana is a likely target.

In April, at least five people lost their lives, including a priest, following a reported attack on a protestant church in Burkina Faso.

The victims were gunned down around noon on a Sunday, after armed men arrived on motorbikes and entered the building towards the end of a service.

The attackers shot their guns into the air before killing their victims.

The priest’s two sons were killed alongside him in the attack, according to BBC Africa.

Previous Chokosis, Konkombas clash again
Next LIVE: #ZumaTrial – ‘This case is an intersection of law and politics’ – Zuma lawyer