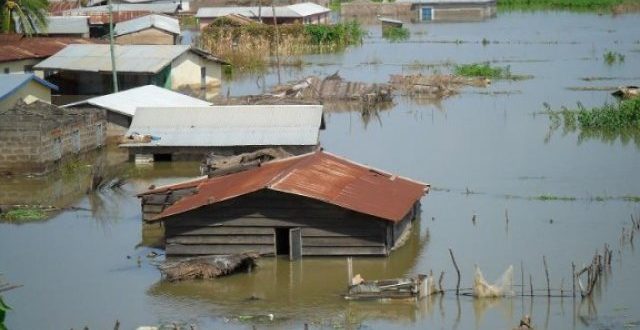 Over 50 homes in Agortime Kpetoe in the Agortime Ziope District of the Volta Region have been flooded and many residents rendered homeless following a heavy rainstorm on Wednesday, 6 March 2019.The storm, which was accompanied by gusty winds, ripped off the roofs of scores of buildings and hurled them several metres away.The only hospital in the area which serves the community and surrounding villages was not spared the damage, as it flooded.Power supply to the area has been cut, as some electricity poles were toppled.The Youth Chief for Agortime Kpetoe, Joe Soglo, told Class91.3FM that they need urgent government intervention to help the victims.“There was a thunderstorm. There were a number of buildings that developed cracks and others had their roofs removed. It affected our clinic. The maternity block is currently full of water. Now there is no electricity in the area because some of the poles were affected. We’ll need the government to come in and support immediately,” Mr Soglo said.Source: Ghana/ClassFMonline.com