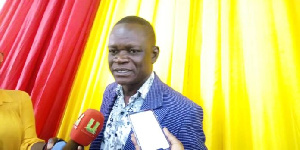 The University Teachers Association of Ghana (UTAG) has suspended its strike action.

UTAG says it would call the strike action off, pending the outcome of the negotiations with the government, which is expected to start on August 23, 2021.

The association declared a strike on August 2, 2021, to protest the conditions of service of its members.

They were subsequently dragged to court by the National Labour Commission.

The court later struck out the case after the NLC withdrew the case following a Memorandum of Understanding signed by the NLC, UTAG and the Education Ministry.

UTAG has therefore indicated to its members that the strike is suspended.