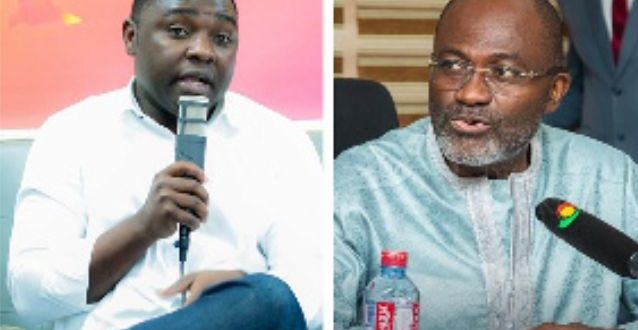 You have no basis for demanding $9.5 million in damages, court, Kennedy Agyapong, court tells Agyapong

Kennedy given a 60-day window to appeal court judgment

A defamation suit by the Member of Parliament for Assin Central against US-based Ghanaian journalist, Kevin Taylor and his media company, Loud silence, has been dismissed by the United States District Court for the Eastern District of Virginia.

By the court, Kennedy Agyapong failed to truly prove that the comments made by Mr Taylor were defamatory hence the case was thrown out, citinewsroom.com reports.

Member of Parliament for Assin Central, Kennedy Agyapong had filed a fifteen paged suit against Kevin Taylor and Loud Silence Media over what he described as a series of “false and defamatory statements in a series of videos and an email correspondence published by Defendants via Facebook, YouTube, and other social media platforms about Plaintiff.”

His suit comes after the defendant, Kevin Taylor, and his organization (Loud Silence) had on several occasions referred to the plaintiff as a “murderer, drug dealer, and drug addict, thief, and green card fraudster”.

In his suit, Kennedy Agyapong was seeking seven reliefs from the Virginia court, including an injunction prohibiting Kevin Taylor and his organization from posting on any media outlet any further defamatory remarks and an apology from the latter.

But the presiding judge who sat on the case, Honourable Liam O’Grady in his ruling suggested that Mr. Agyapong had no basis for demanding US$9.5 million in damages awarded to him.

He has however been given a 60-day window to appeal the judgment if he wishes.

“It is undisputed that Agyapong is a public figure and Taylor’s statements were made regarding matters of public concern. The Amended Complaint does not plead any factual material that demonstrates Taylor’s disputed statements were published with actual malice.

“Therefore, Agyapong has not adequately plead an actionable claim. Further, the Amended Complaint does not plausibly state a claim under the Virginia Computer Crimes Act. For these reasons, the Motion to Dismiss the Amended Complaint (Dkt. 13) is GRANTED and the above captioned civil action is DISMISSED. The Plaintiff has 60 days to file a Second Amended Complaint if that filing would meet the requirements discussed in this Order,” Citinewsroom.com quoted . 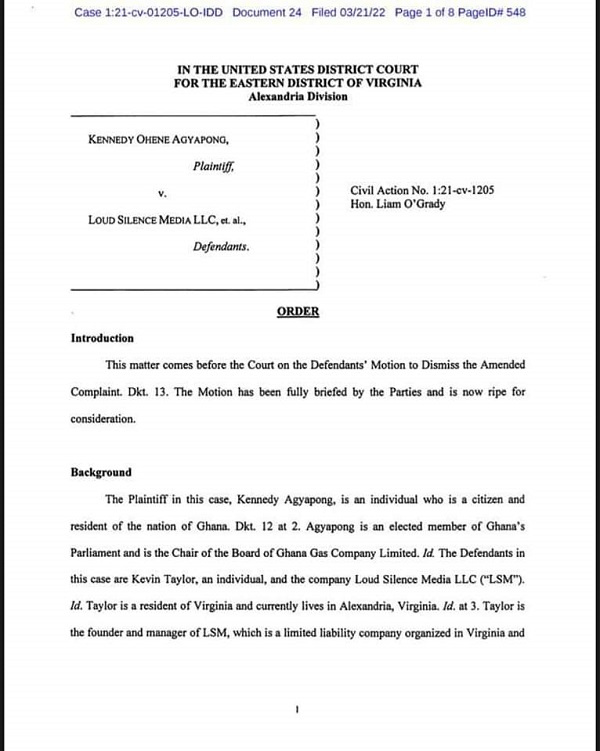 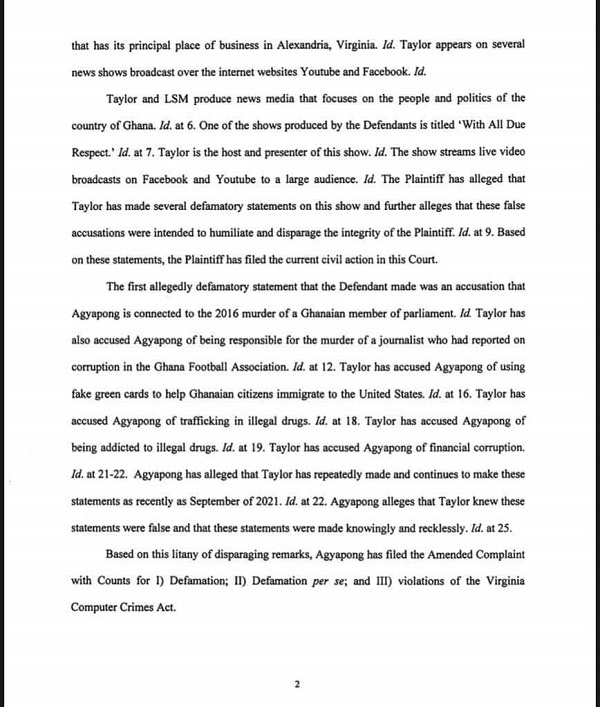 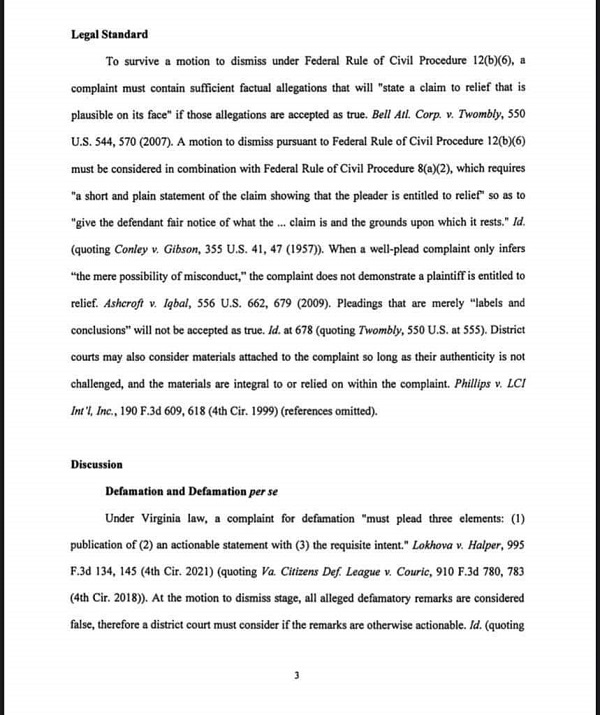 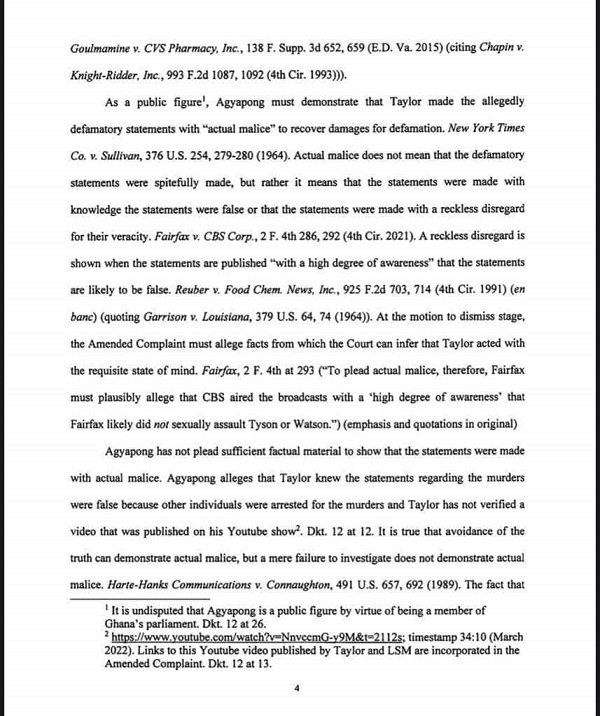 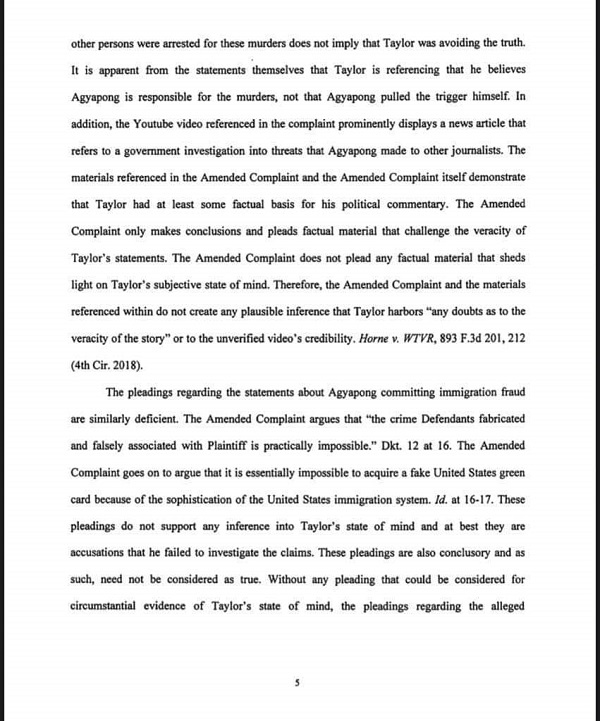 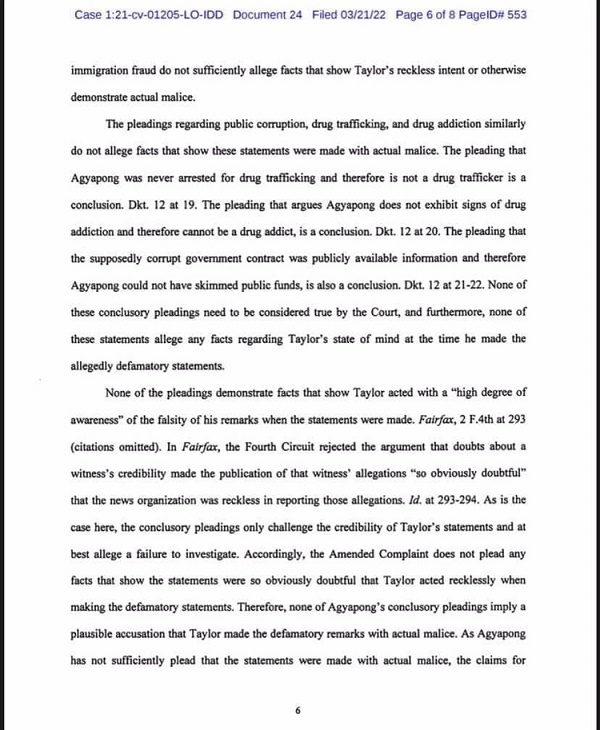 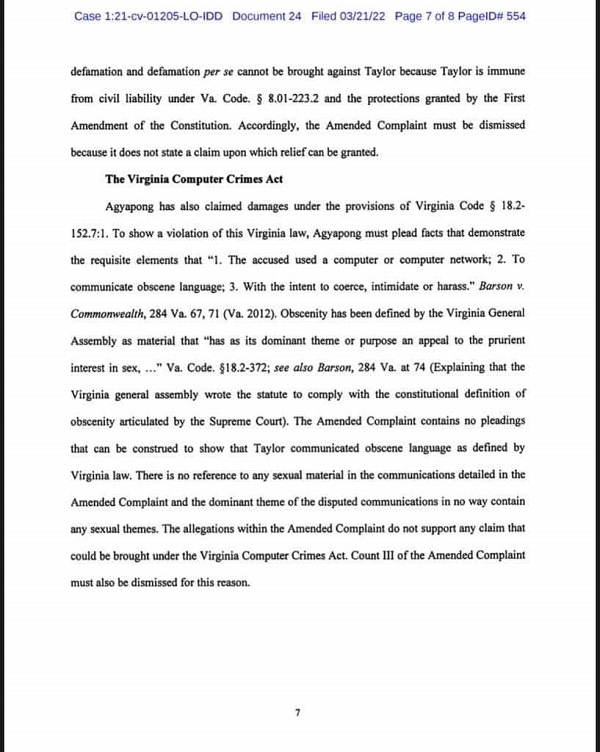 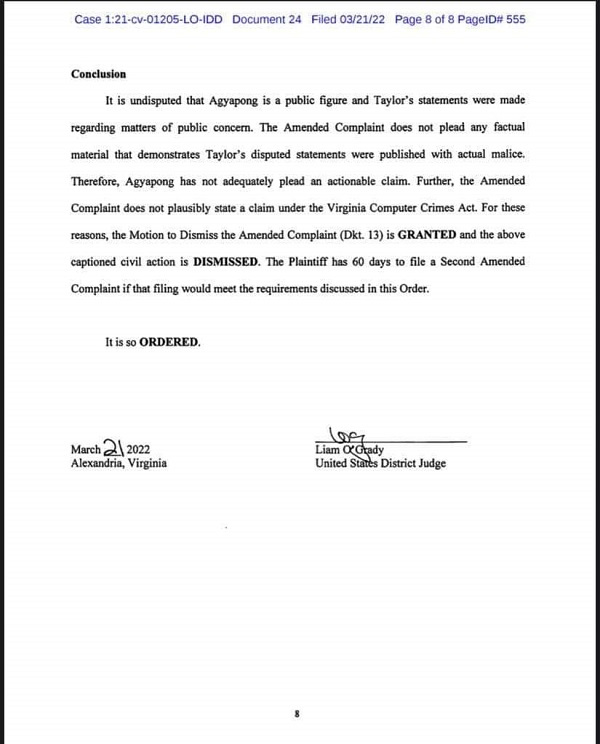 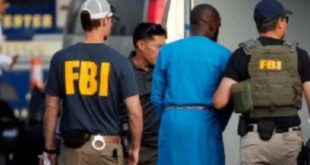 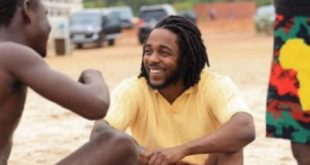 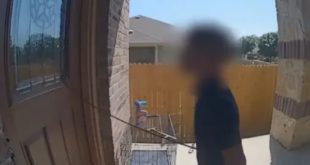 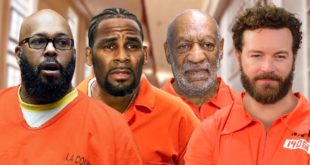 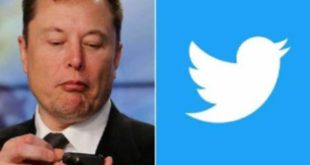 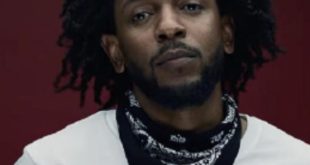