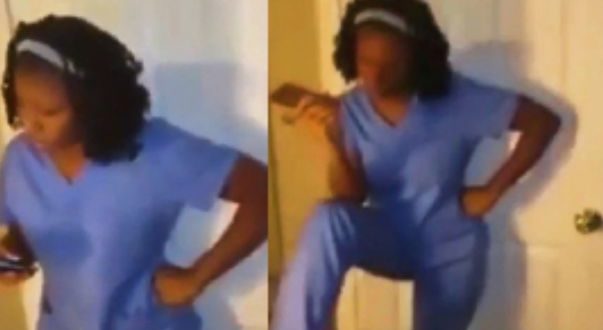 Share
A video shows the moment when a Nigerian nurse living in the US called the police on her husband because he brought his mother from Nigeria into their home.

The Nigerian woman in the video wouldn’t let her mother-in-law into her room.

She called the police on her husband while he was blocking the door and said that he and his mother were both beating her up.

The husband, on the other hand, used his phone to record what was going on so that he wouldn’t go to jail because of what she said.

She also told the mother-in-law that she had said bad things about her birth mother to someone they both knew.