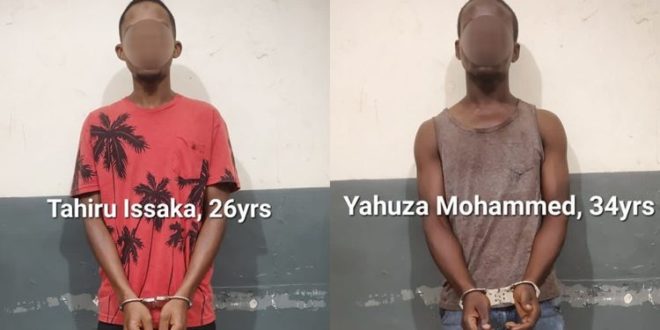 Police have arrested two men, suspected to be part of a gang of armed robbers who attacked the Upper Amenfi Rural Bank at Jukwa near Wassa Akropong on 27th June 2022.

The suspects, Tahiru Issaka alias Red and Yahuza Mohammed, were arrested at hideouts in two different locations in the Ashanti Region on 25th August 2022.

One other person, who was shot during the intelligence-based operations by the police and died later. According to the police, he was identified by the two suspects as Gafar Ziyech Abdul alias Stone, the leader of the gang.

“These suspects and three other accomplices attacked the bank on 27th June 2022, disarmed the security guard on duty, assaulted two of the bank staff and made away with an unspecified amount of money and a pump action gun,” police noted in a statement.

The Ghana Police Service in its statement also added that, the robbers also shot one other person who attempted to mount a roadblock to prevent them from escaping.

“When the robbers realised they were being pursued by the police, they set their vehicle ablaze and abandoned it, hoping that would foil the police tracking them.” 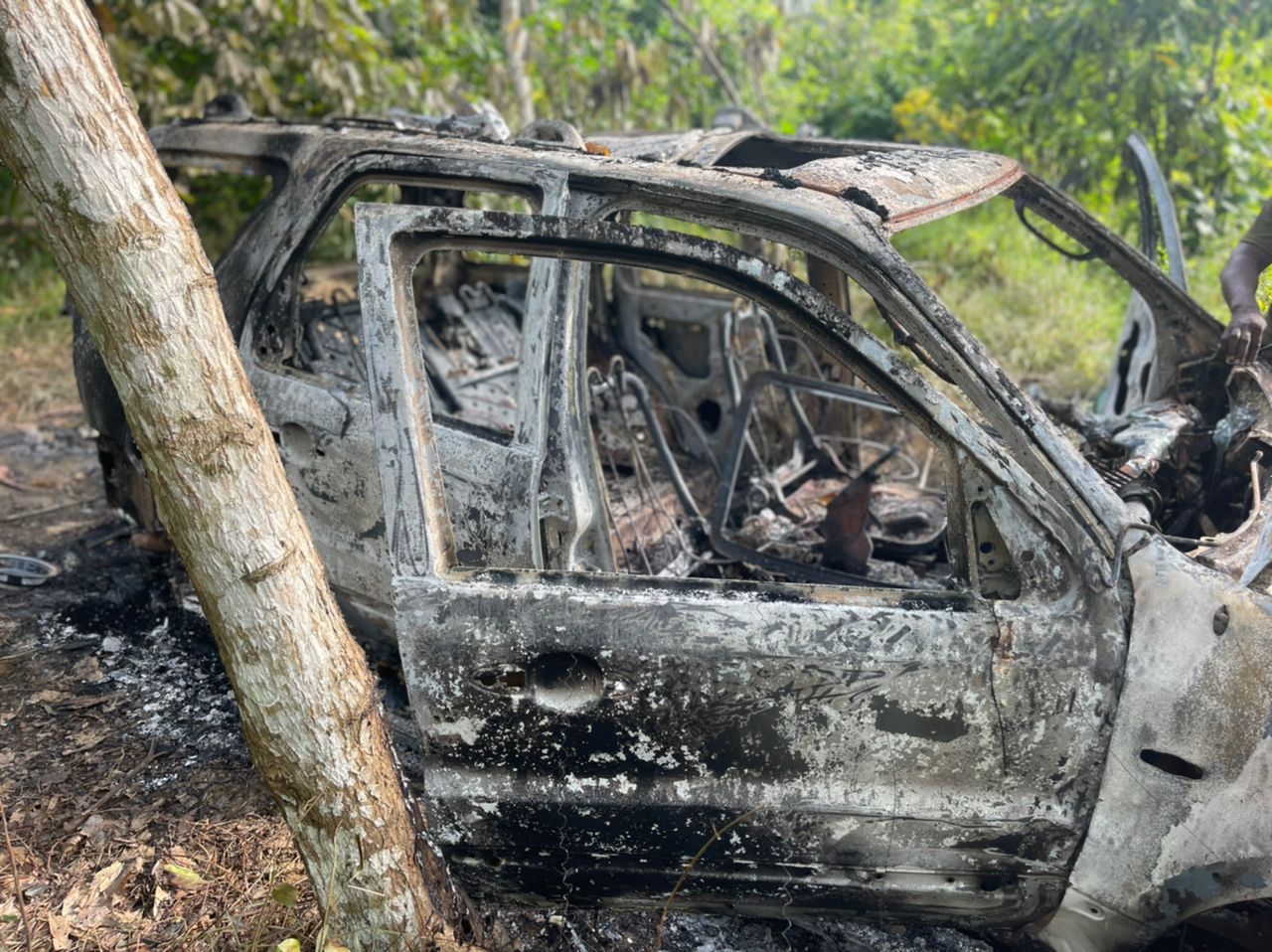 “The combined effort of the Western, Ashanti and the Bono East Regional Police Intelligence Directorates over an eight-week period led to the arrest of the suspects in the Ashanti Region.”

Police have so far retrieved four vehicles including the one that was set ablaze and abandoned by the robbers, a motorbike, two pistols and a quantity of ammunition.

“We wish to commend the intelligence officers in the Western, Ashanti and Bono East Regions for their hard work and collaborative efforts which led to the breakthrough in the investigations towards solving the case,” the Ghana Police Service noted in the statement.

“The two suspects are currently in custody and the pursuit of the other accomplices continues. We wish to assure the public that these criminals can run, but cannot hide. Wherever they are, we will get them,” police added in the statement.