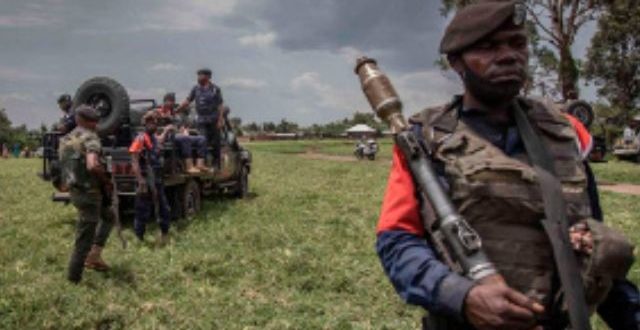 Share
The US government has warned of a possible terrorist attack in Goma, eastern DR Congo where armed conflict has been raging for months.

In a security update on the country on Thursday, May 12, the US Embassy in Kinshasa said there was a heightened risk of a terrorist attack, unrest, armed conflict, or kidnapping in Goma, the city in North Kivu.

The embassy’s security service in the DRC stated that there is a “risk of attack on an unspecified ferry departing from Goma, North Kivu province.”

The note added that people should remain “vigilant; avoid crowds and demonstration; stay alert in locations frequented by tourists, especially westerners; be aware of your surroundings.”

It advised US citizens against travelling to Goma because of “criminality” and the “risk of terrorist attack”.

On April 8, 2022, six people were killed in a bomb attack in the Katindo military camp located in the heart of Goma city. Several other cases of urban crime are regularly reported in the volcanic city.

In the province of North Kivu, several bomb attacks were carried out in 2021, including the December 25 attack in Beni where a suicide bomber killed five people.

Previous Terror group, Islamic state releases video showing execution of 20 Nigerian Christians to ‘avenge killing of leaders in Middle East’
Next Ghanaians are bleeding because of these 5 things