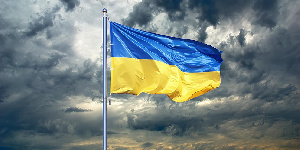 Ukraine grain aid for Ethiopia arrives at port in Djibouti

A freighter loaded with donated Ukrainian wheat has docked in Djibouti as it makes its way to Ethiopia, part of a push by Kiev to convince the world that it need to be free so it can export grain to countries that rely on its agricultural output.

The Ukrainian embassy in Ethiopia confirmed the arrival of the shipment in the port of Doraleh. A second freighter with 30,000 tons of wheat is currently at the Ukrainian harbour of Chornomorsk and should set off towards Ethiopia in a matter of days.

Both shipments will have to be shipped by land to reach Ethiopia fro the port.

A third ship with 25,000 tons of wheat is also set to sail soon, but this time to Somalia, a country being threatened with famine. All in all, Ukraine has plans to send 60 loads of grain to countries at the greatest risk of famine, including Congo Kenya, South Sudan, Sudan and Yemen.

Global food markets have been in turmoil since Russia’s invasion of Ukraine began in February, since the fighting meant much of Ukraine’s harvest couldn’t be shipped from its ports. Ukraine is a key producer of critical crops like wheat and sunflower seeds, much of which is purchased by African countries or taken by global aid programmes.

Aside from simply donating the food to needy lands, Ukraine is trying to build a consensus among nations that have been hesitant to criticize Russia, to show them that it is in their interests to condemn the attack and back Ukraine.

Germany helped finance the shipment with a $14 million investment. German Agriculture Minister Cem Özdemir has noted that 1.6 million people in the Horn of Africa can be fed for a month with the aid, which will be distributed by the UN’s World Food Programme.