Share
Some 2,849 girls in the Upper West Region on Tuesday, March 8, 2022, embarked on a peaceful protest to express their dissatisfaction over the continued delay in passing the Affirmative Action Bill into law.

According to the girls, there is enough evidence to prove that barriers such as institutional and socio-cultural attitudes are increasingly impeding women’s quest for equal participation in politics and decision-making in the country, hence the need to pass the Affirmative Action Bill to help eliminate such barriers.

The girls, drawn from the Jirapa municipality, and the Nadowli-Kaleo District, Dafiama-Busie-Issah districts, massed up at Busie as part of activities to commemorate International Women’s Day.

They marched through the major streets of the community holding placards with different inscriptions, calling on the president to append his signature to the Affirmative Action Bill to make it law. 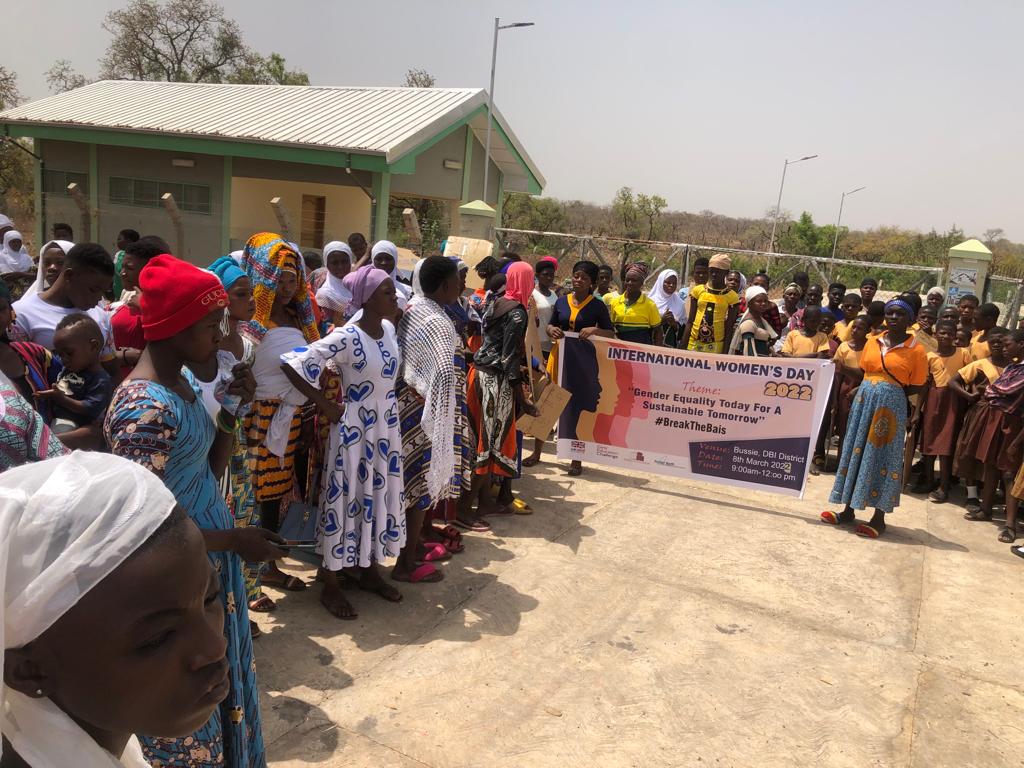 Their march ended at the palace of the Paramount Chief of Busie, where they presented a petition to the Chief Executive of the Dafiama-Busie-Issah District, Imoru Nadi Sanda, for onward submission to the President.

One of the leaders of the girls, Wiriatu Thomas, presenting the petition, maintained that “there is enough evidence to prove that barriers such as institutional structures and socio-cultural attitudes and practices have worked and are working against girls/women’s quest for equal participation in politics and decision-making in Ghana.”

“The proposed affirmative action bill which intends to break such barriers, has gone through various stages except getting presidential assent. Therefore, we join the list CSOs, individuals and development partners to petition the President to assent or facilitate the passage of the bill into law”.

Article 35 (6) of the 1992 constitution mandates the State to take appropriate measures to achieve reasonable regional and gender balance in the recruitment and appointment to public offices, considering the immense contribution of women to Ghana’s development.

The Affirmative action bill is a set of measures adopted by governments and public and private institutions such as political parties, educational establishments, corporations, and companies to address a history of systemic discrimination and exclusion of particular social groups or to encourage the efforts of particular social groups in the interests of certain development goals.

It was approved by Ghana’s Parliament, but still waiting for presidential assent to become law.

Wuriatu Thomas believes some groups and individuals are deliberately delaying the passage of the bill into law to satisfy their selfish interests.

“The happenings in Parliament and labour agitations in recent times goes to prove that groups and individuals are interested in pushing what interests them most and not the generality of Ghanaians”.

The DCE for Dafiama-Busie-Issa, speaking after receiving the petition, thanked the girls for a peaceful procession and pledged to send their concerns to the president.

The 2,849 petitioners are beneficiaries of the Strategic Approaches to Girls Education project which is implemented by ProNet North Ghana in the Jirapa municipality and the Nadowli Kaleo and Daffiama-Busie-Issa districts of the Upper West Region; in collaboration with World Education Incorporated with funding from Foreign, Commonwealth, and Development office.