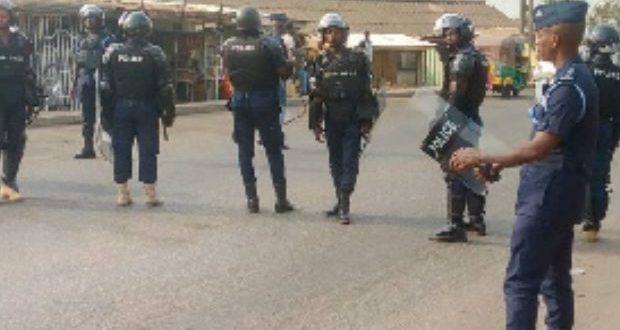 Share
Two persons are reported dead in Akatsi in the Volta region following a clash between the police and the youth of the town on Sunday morning.

According to Starr News sources, the youth of the town were rioting in a protest over the death of another young man who they believed died from police brutalities during a recent arrest made by the police.

Reports however, suggest that another young man was shoot and killed during this morning’s rampage.

This incident is coming barely two weeks after the burial of one Etornam, who died last year in a similar fashion.

The Volta Regional Command of the Ghana Police Service has since deployed more men to the community amidst reports of a possible reprisal attack from the youth as tension remains high.