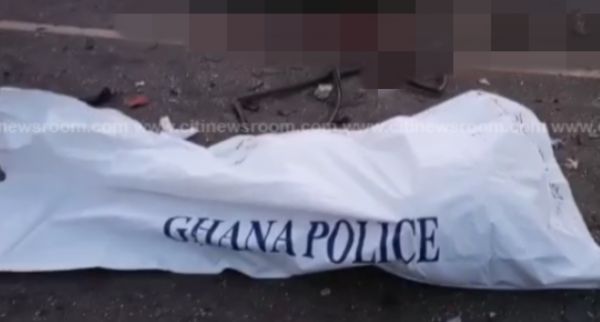 Two killed by gunmen in Bole

Share
Two people have been shot dead by gunmen on motorbikes at Mamadukura in the Bole district of the Savannah Region.

There is tension at Mamadukura, a community in the Chache Electoral Area of the Bole District.

The gunmen invaded the community on Saturday morning, according to reports.

Community members say they rode motorbikes into the community, shot sporadically at the house of Mr Yaw, a farmer of about 60 years, killing him and a woman named Dibuone Akua, 40 years.

A source from the community narrating the incident to Bole-based Yagbon Radio said the invasion took place on Saturday dawn when most people were still indoors.

He narrated that all members of Mr Yaw’s (family head) house were camped in one room, while others were guiding Mr Yaw outside.

The shooting was so intense that everyone ran for cover in the bush, the source added.

The source said the gunmen made away with an undisclosed amount of money.

“A son of the deceased (Yaw), has lost more than thirty thousand Ghana cedis to the invaders as for Mr Yaw we can’t tell how much was taken from him, but we believe a huge amount of money was equally seized from him”, the source told Yagbon Radio.

One other child of the deceased was equally beaten up by the invaders.

The incident has since thrown the entire community into shock and mourning.

The matter has been reported to the Bole District Police Command, which has commenced investigations.

Previous N/R: Police arrest man with six foreign pistols
Next Arrested and abused: The story of a physically-challenged police informant