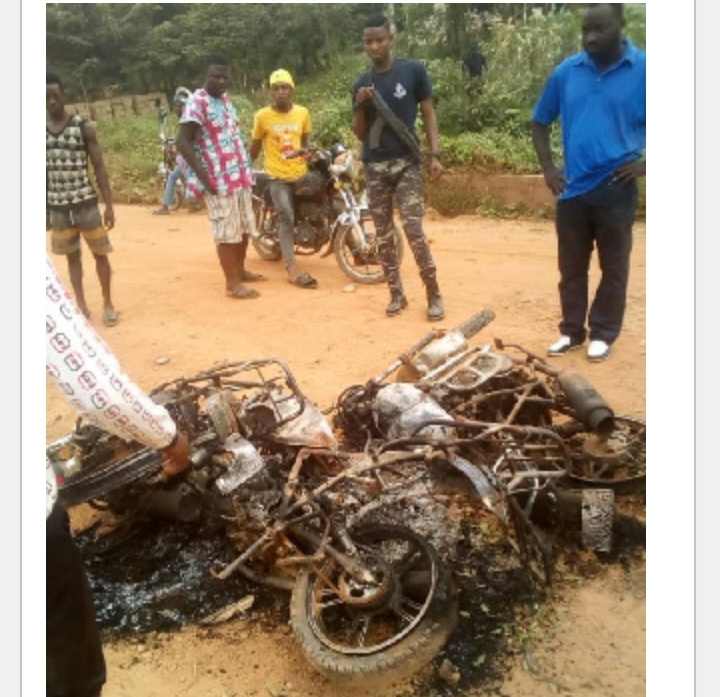 The police at Twifo Praso in the Twifo Attimorkwa District of the Central Region, are on a manhunt for scores of suspects who burnt three motorcycles to ashes following a clash between Twifo Pewodie and Mintaso youth during a wake-keeping.

According to an eyewitness account, the youth at Mintaso attacked a disk jockey (JD) at the funeral with sticks after the Assemblymember of the area directed him to stop playing the music.

Per the rules of the community, it is prohibited to play loud music after 7 pm.

However, the angry youth who were not content with how the music stopped abruptly without prior announcement, started subjecting the DJ to beatings and in retaliation, the DJ went to his hometown, Pewodie a nearby community, to gather his friends to fight back.

The fight led to chaos and the burning of three motorbikes to ashes.

The police at Twifo Praso were called to the scene to intervene but no arrests have been made yet.