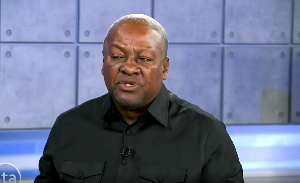 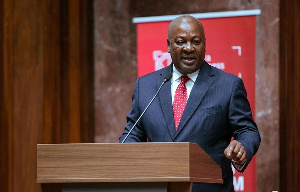 Government through the Ministry of Finance in statement dated Monday, December 19 said it will suspend all debt service payments under certain categories of the country’s external debt component.

The move according to government is an interim emergency measure pending further agreement with the relevant creditors while some analysts have described it as Ghana effectively defaulting on its external debt.

The former president’s reaction was via a tweet posted on his official handle. It contained four words and read as follows: “Tragic! Ghana officially bankrupt.”

What else the Finance Ministry statement said:

The statement issued by the Ministry and sighted by GhanaWeb Business noted the decision is pending an orderly restructuring of the affected debt obligations.

It explained that the suspension will include payments on Ghana’s Eurobonds; Ghana’s commercial term loans; and a large portion of Ghana’s bilateral debt.

“This suspension will not include the payments of our multilateral debt, new debts (whether multilateral or otherwise) contracted after 19th December 2022 or debts related to certain short-term trade facilities,” the statement noted.

“We are also evaluating certain specific debts related to projects with the highest socio-economic impact for Ghana which may have to be excluded. This suspension is an interim emergency measure pending future agreements with all relevant creditors,” it added.

The Finance Ministry however added that government is keen on holding engagements with its external creditors in order to undertake a transparent, fair and comprehensive debt restructuring exercise in line with international best practices.

It further pointed out that the Ministry of Finance will hold an investor presentation at a date that will be announced in due course.