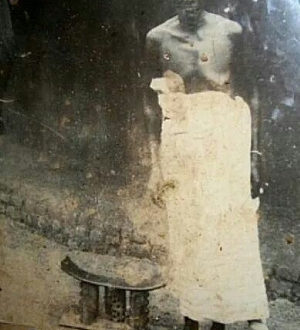 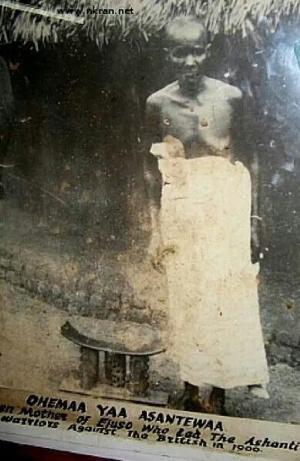 Far beyond her bravery, Yaa Asantewaa remains one of Ghana’s most iconic warriors, even more so because of her feminity.

In a story that was first published by GhanaWeb exactly a year ago, it emerged that she was not a queen mother, as used to be the belief.

According to a historian and former senior United Nations advisor on governance, Prof. Baffuor Agyemang Duah, Yaa Asantewaa only represented the Gyaasehemaa of Besease once.

He added that it was an erroneous narrative written by the British that made it appear as if she was a queen mother when in fact, she wasn’t.

Read the full original story as first published by GhanaWeb below:

Professor Baffuor Agyemang Duah, a historian and former senior United Nations advisor on governance, has disclosed that contrary to popular narrative that Yaa Asantewaa was a queenmother, she was not.

According to him, the history of Yaa Asantewaa in its current form was a creation of expatriate historians who elected to force a narrative on us.

He made submissions on the September 13 edition of Net2 TV’s ‘The Seat Show,’ explaining that Yaa Asantewaa was a Gyaasehemaa of Besease in Ejisu.

“Let me tell you another interesting piece of history. When Yaa Asantewaa went to her war, it was the whites who wrote her history and said she was a Queen-mother. When Asantehene calls a War Council meeting, as you know; women are not present. So the question is, how did Yaa Asantewaa attend that meeting?”

In explaining her presence in the said meeting, Prof Agyemang Duah explained further that Ejisu as at 1901 was without an Omanhene and so Yaa Asantewaa, as Gyaasehemaa of Besease acted in his stead.

“The whites don’t know this history so they labeled her a Queenmother of Ejisu and it is stuck. What the whites have written, we buy, read and believe it.

“But the truth is that, Yaa Asantewaa was not a Queenmother, she was a Gyaasehemaa of Besease Ejisu. She is a Gyaasehemaa who acts in the stead of a chief,” he added.

The historian who has authored a book on former Head of State Kutu Acheampong and his politics, called for history departments in our universities to be up and doing.

“If we want to change our mentality, it means our education should be reviewed and restructured. That is the source, to give it the African narrative.

“As with Acheampong’s history, we do not (research) and write it, but a white man can pick it up and write, whether twisted or otherwise we don’t know; but we buy it and read,” he added.