Share
The Tarkwa-Nsuaem Municipal Assembly, TNMA have performed a non denominational mass burial service for the pupils and teachers of Learners Bridge Academy who perished in a motor accident on September 17th, 2018.
Relatives as well as hundreds of sympathizers wept uncontrollably as they filed past the mortal remains of the deceased who died in that accident at Dompim when their school bus run into a truck loaded with tailings.
The Municipal Chief Executive for Tarkwa-Nsuaem Municipality, Hon Gilbert Ken Asmah presenting his tribute observed that the tragedy was a big shock to the Municipality and prayed that such an unfortunate incident would not resurface, he consoled the bereaved families and urged them to be stead fast in the Lord; he further hinted that a five member committee has been constituted by his outfit to investigate the matter and present report within the shortest possible time, he said. 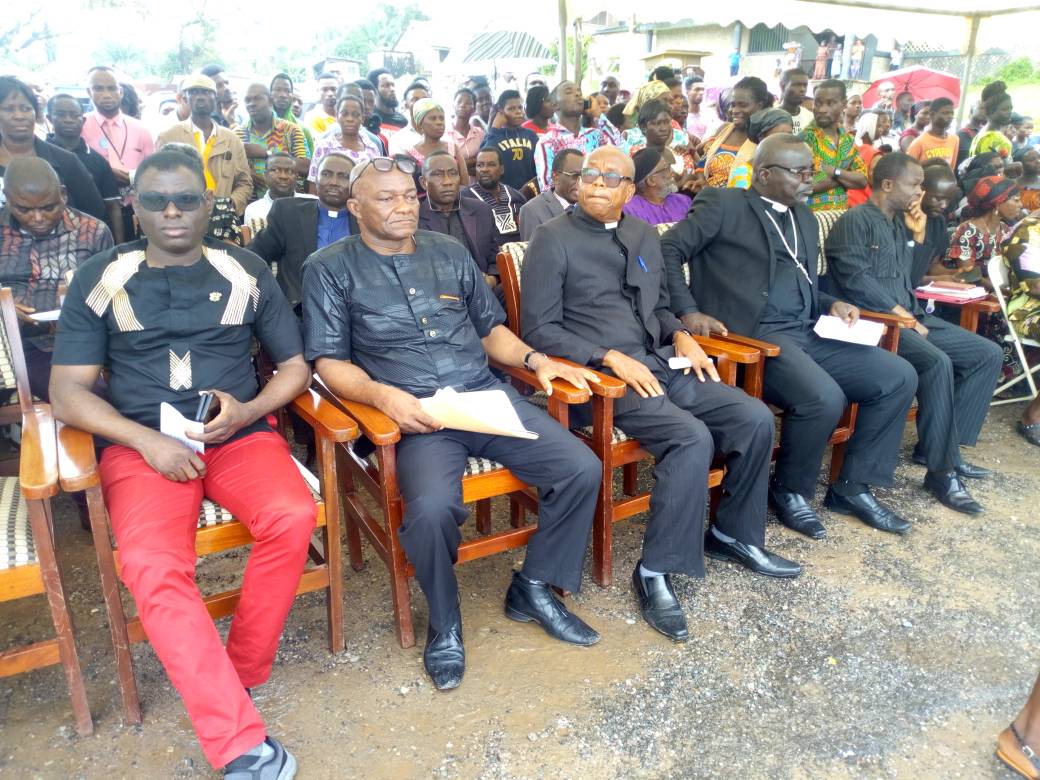 According to the MCE, several of the injured pupils were undergoing surgical operation and treatment at the 37 Military hospital, Komfo Anokye Teaching hospital and the Korle-Bu teaching hospital respectively. We have set up an endowment fund to take care of the such children; he therefore appealed to all and sundry to contribute a quota to help cater for their medicals since the Assembly alone couldn’t absorb the huge cost.
He challenged owners of private preparatory schools to be financially sound especially with their transport system, proper and regular maintenance on vehicles that convey school children, urging the Motor, Transport and Traffic Department of the Police Service and the Driver and Vehicle Licensing Authority to up their game in ensuring strict adherence to road regulations on our roads.
He commended the Tarkwa-Nsuaem Municipal and Divisional Police Commanders for their timely intervention on the day of tragedy, he also praised Anglogold Ashanti Iduapriem Mines, Ghana Manganese Company and Goldfields Ghana Limited, Tarkwa Mine for supporting with their Ambulance to convey the injured to the various hospitals; special gratitude went to the Municipal Director of Health, the Medical Officers for both Apinto and Municipal goverent hospitals not forgetting their hardworking staff at post, he noted.
He commended the Member of Parliament, Hon George Mireku Duker for his consistent cooperation and monitoring on the incident despite his absence, he observed the countless effort he, the MP offered in salvaging the situation; he was quick to mention that the MP had contributed GH¢10,000 as his widows mite in support of the endowment fund for the injured and bereaved families. The MCE on behalf of Tarkwa-Nsuaem Municipal Assembly also donated GH¢20,000 in support of the victims.
He revealed the tireless effort put together by Mr. Alex Kwaku Duah, Municipal Director of Education and the committee members towards the upkeep of the bereaved families and injured children through to the organisation of the mass funeral.
The inter denominational mass burial service brought together personalities like the Western Regional Education Director, TNMA Coordinating Director, Presiding Member, Hon Benjamin Kessie, Traditional rulers, Assembly Members, Heads of Private Schools and the general public. 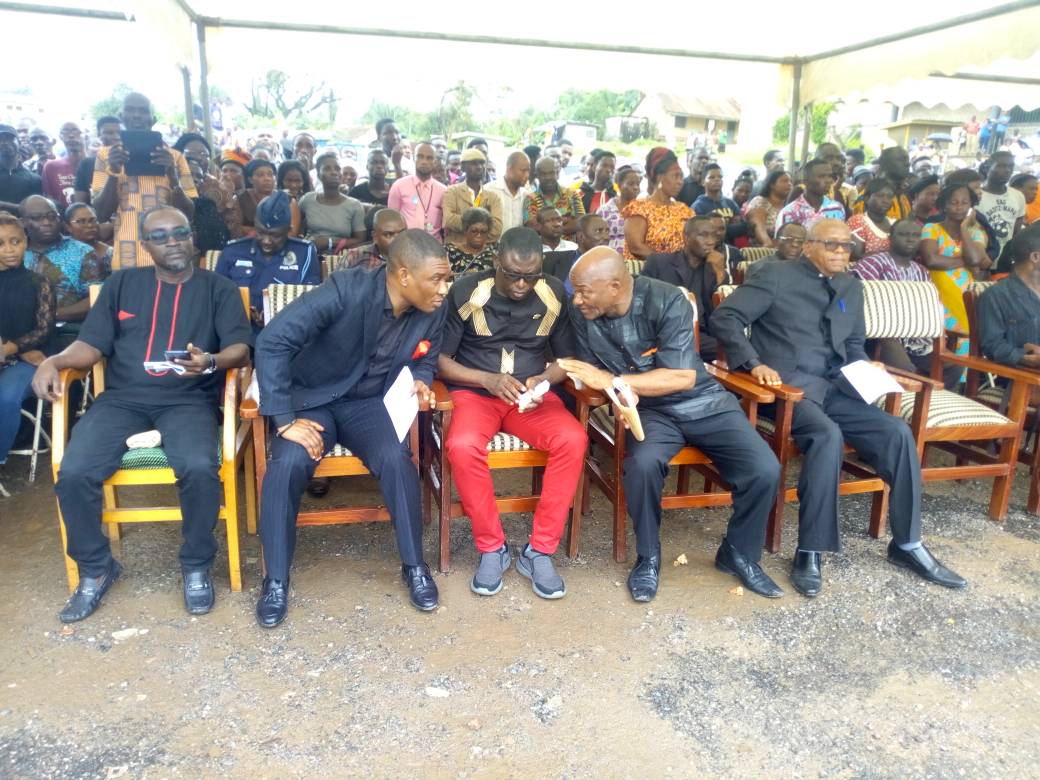