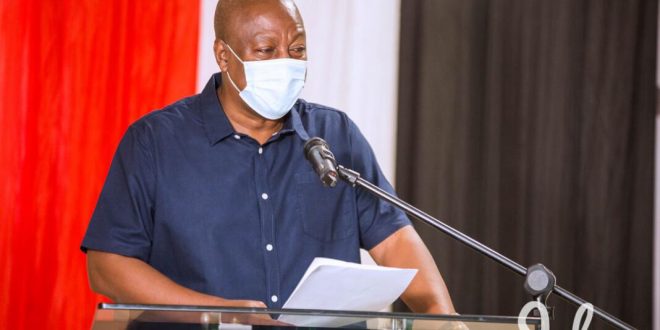 Mr John Dramani Mahama has said the killing of the Member of Parliament for the Mfansteman Constituency Ekwow Quansah Hayford makes a case for the provision of armed police guards for Members of Parliament.

Commenting on the gruesome murder of the New Patriotic Party (NPP) lawmaker Mr Mahama said this is the most despicable act.

“I have received the shocking news of the death of Hon. Ekow Quansah Hayford, MP for Mfantseman in a reported armed robbery attack. My condolence to his family.

“This is a most despicable act, and we all look forward to the security agencies investigating and arresting those involved and bringing them speedily to justice.

“There is a growing climate of insecurity in Ghana. Dastardly armed robberies and violent crime have become a common occurrence. I urge government and the security agencies to do more to protect the Ghanaian people.

“It’s probably also time to look at the provision of armed police guards for our MPs. Our hearts go out at this time to the spouse and family of the late MP,” he said in a Facebook post.