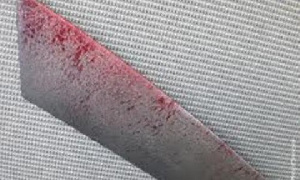 James Naah, a tilapia seller at Yeji in Pru East District of the Bono East region, has been reportedly butchered by some armed robbers.

Information gathered indicated that the incident occurred around 5:30pm, Sunday.

Confirming the incident on Adom FM’s morning show Dwaso Nsem Monday, Yaw Mensah, brother of the deceased said the deceased was on his way to effect some delivery orders by his customers only to be gruesomely killed by armed robbers.

“Some of his customers ordered for tilapia which he went to deliver, but after he had left the house for 30 minutes, we received a call that he had been killed by some armed robbers,” he recounted.

According to him, his brother was found lying dead in a pool of blood with his clothes torn apart.

Mr Naah’s body has been sent to the St Mathias Hospital at Yeji, pending police investigation.

The deceased was a former employee of the now defunct GN Savings and Loans who later ventured into tilapia sales after losing his job.