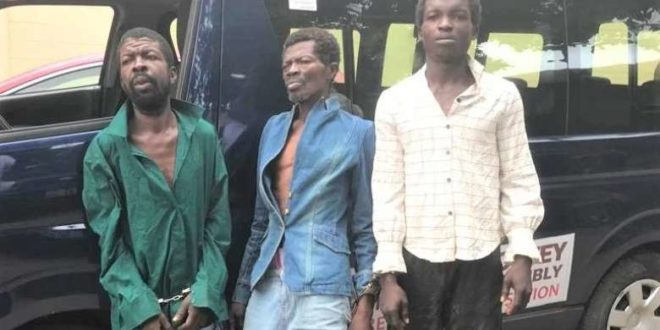 A Magistrate Court at La in the Greater Accra Region has sentenced three persons to a fine of one thousand eight hundred Ghana cedis (Ghc1,800) each or in default serve two months imprisonment for flouting sanitation by-law by dumping refuse indiscriminately within the municipality.

The presiding judge His Lordship Mr. Jojo Amoah Hagan passed the sentence upon the facts presented before him by the sanitation prosecutor for Korle Klottey Municipal Assembly (KoKMA), Mr. Edward Okai.

Presenting the facts before the La magistrate court, the prosecutor Mr. Edward Okai told the court that the accused persons were among a group of residents who picks refuse from homes, shops, restaurants, chop bars and dumps them on the streets within the municipality, especially along the Cocoa Marketing Board (CMB) enclave which is part of the Central Business District (CBD).

According to Mr. Okai, on 19th day of June between the hours of 3pm and 5pm a special task force from the Korle Klottey Municipal Assembly spotted the accused persons dumping refuse along the Kwame Nkrumah Avenue at the junction of Farrar Avenue. He added that immediately they were arrested and after investigation they were charged to appear before the court at La, hence their convicted for flouting the sanitation by-law of the assembly.

Prosecutor Mr. Edward Okai also warned residents who gives out their refuse to these “guys on the street/junkies’’ should stop doing so since they risk been prosecuted for receiving service from unapproved service providers.

Municipal Chief Executive honourable Nii Adjei Tawiah commended the Environmental Health Unit for a yeoman’s job and promise to resource their outfits in order to intensify education on the campaign ‘Operation Clean your Frontage’ within all the electoral areas in the municipality.