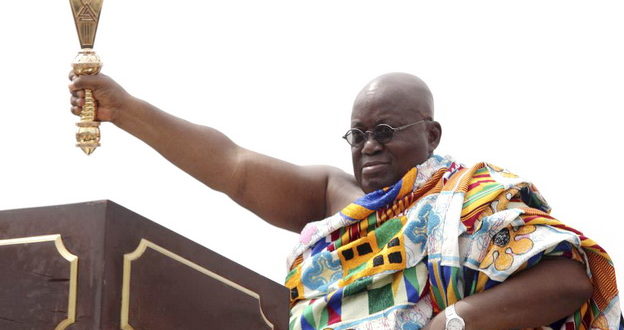 Those who think Akufo-Addo will die soon, will be shamed – Prophet

Leader of Alive Chapel International, Prophet Elisha Salifu Amoako, has said persons who have prophesied about the death of President Nana Addo Dankwa Akufo-Addo in his second term will be put to shame.

He said based on new prophecies revealed to him, the president has been anointed and shares a covenant with God.

This, according to him translates as long life and good health for President Nana Addo Dankwa Akufo-Addo who has recently won his re-election bid.

Addressing his congregation, Sunday January 3, 2021, Prophet Salifu said; “the Lord also took me inside the presidential villa and I saw the president sitting down and the Lord asked me to tell him that his covenant is with him (President Akufo-Addo).”

Prophet Salifu added that “… the Lord said go tell the president that ‘I brought him to be a leader of this country and I will keep him, I’ll save him, I’ll keep him alive. I will establish a covenant of life so those who think that the president will die within four years those people shall be put to shame…’ The man shall finish his work and live more years and he shall see the glory of God”

Prophet Salifu also made it known to his congregants that while he was in the spiritual realm taking a tour with an angel, he dismantled the work of some persons at the Jubilee House who intend to disrupt successive administrations.

Meanwhile, during the December 31 crossover service, Prophet Salifu prophesied amongst other things, the death of Finance Minister, Ken Ofori-Atta and the election of Alan Kyeremanten as the flagbearer of the NPP.

He also hinted of an attempt by some people to poison President Nana Addo Dankwa Akufo-Addo.

Previous VIDEO: I was not sacked – Bukom Banku opens up on GHOne exit
Next Fellow Ghanaians, President Akufo-Addo to address the nation tonight