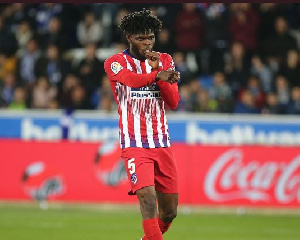 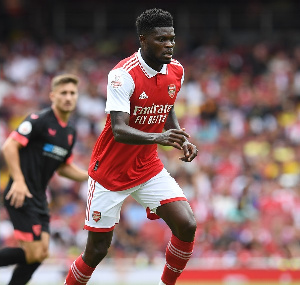 Black Stars midfielder, Thomas Partey lasted the entire duration as Arsenal were held by Southampton in the English Premier League on Sunday afternoon.

The former Atletico Madrid star bossed the midfield as the Gunners were held by Southampton to a 1-1 at the St. Mary’s Stadium.

Partey, who has been instrumental for the Gunners this season was rated 7.1 by football performance rating app Fotmob.

Midfielder Granit Xhaka opened the scoring for the visitors after just 11 minutes into the much-anticipated clash.

After the break, Stuart Armstrong scored to restore parity in the 65th-minute mark to make it 1-1 at the end of the game.

Meanwhile, Partey’s compatriot Mohammed Salisu also lasted the entire duration as his side shared the spoils on home turf.

The defender was rated 6.5 by football performance rating app Fotmob.

Both Party and Salisu are expected to be named in the Black Stars‘ provisional squad for the 2022 World Cup.