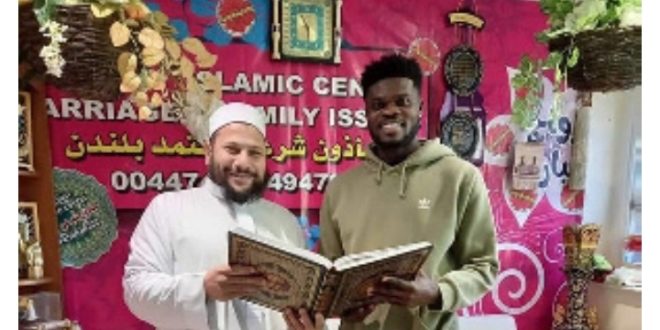 Black Stars midfielder, Thomas Partey, has converted to Islam after successfully going through the required process for months.

Chief Arsenal reporter for football London, Chris Wheatley, has confirmed the widespread rumour via a Facebook post with an image of Partey standing beside a Muslim cleric.

Reports claim the Ghanaian midfielder’s religious switch might have come as a result of his Moroccan girlfriend who is a Muslim.

Meanwhile, Partey is having a resurgence at Arsenal after struggling in his first season in the English Premier League.

The 28-year-old has been the main man for the Gunners in thier quest to secure Champions League football this season.

Arsenal currently sit 4th on the table with 51 points with two games in hand.