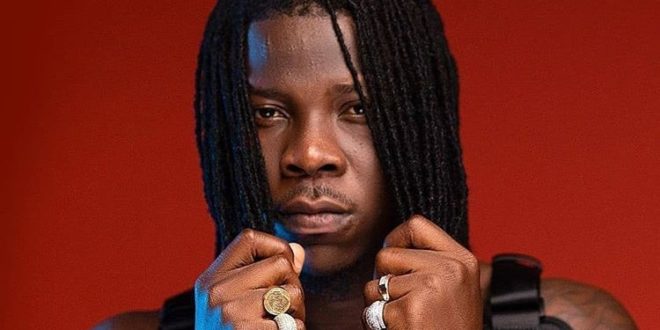 This week on #TwitterGhana: #Stonebwoy acquires Bentley, Black Sherif’s new album records over 31million streams on Spotify and many more

Young sensational artist Black Sherif a.k.a “Blacko’ is breaking even more barriers in the music industry after reports that his debut album has now gannered over 31 million streams on Spotify, as reported in this Tweet by Chart Ghana. The album has also entered the top ten charts in the UK. Reactions received after Blacko dropped his album on October 6 have been massive. A fan on #TwitterGhana Tweeted about the support “Blacko” is receiving from Ghanaian fans.

Ghanaians love Black Sherif too much, the support is so genuine ❤️

Ghanaian reggae-dancehall artiste Stonebwoy has been trending this week for all the right reasons. The ‘Activate’ hit singer has joined the crème de la crème of African celebrities who own top of the range luxury cars, after acquiring a black Bentley according to a Tweet from WatsUpTV. This is indeed a ‘reward for years of hard work’. His fans are clearly happy for him with @borbortorbb Tweeting about this being well deserved as a result of the artist’s hard work. Stonebwoy also received a lot of praise for his performance at Glitch Africa, as highlighted in this Tweet from Native Television.

Stonebwoy has really worked hard and he deserves to pamper himself with beautiful things 😍😍..

Meek Mill & Asake are set to headline one of the World’s Biggest Afrobeats Festivals Afronation in Ghana this December. Many fans shared their enthusiasm at the news. @richdudegh commented that Ghana is the best place to be in December. Expressing similar sentiments, @AsieduMends Tweeted; “Meek Mill dey perform for Afronation this December, hard 👏🏽🔥”. Another also commented in this Tweet

Black Sherif and Meek Mill will be on the same stage this december. Blacko season activated for ever.

A video posted on Twitter shows award-winning actor Jamie Foxx returning to his car after he was allegedly denied entry by a bouncer at rapper Cardi B’s birthday party. The internet was agog over the news, and people on #TwitterGhana weren’t left out of the banter; with fans like @_kwansa who decried the situation in this Tweet. Check out the video of Jamie Foxx being denied entry to the party via this Tweet which has gained a lot of reaction from people on Twitter.

A Tweet by GTV Sports reports that as part of the FIFA benefits program, clubs will receive $10,000 for every day one of their players is on the pitch at the upcoming 2022 FIFA World Cup in Qatar, calling on Ghanaian fans to imagine what this could’ve meant for Ghana Premier League clubs. What are your thoughts?

As part of the FIFA benefits program, clubs will receive $10,000 for each player for every day they are at the World Cup.

Imagine a GPL team having a player at the Black Stars during the 2022 World Cup 👀💰#GTVSports pic.twitter.com/Q4qjMlipTx