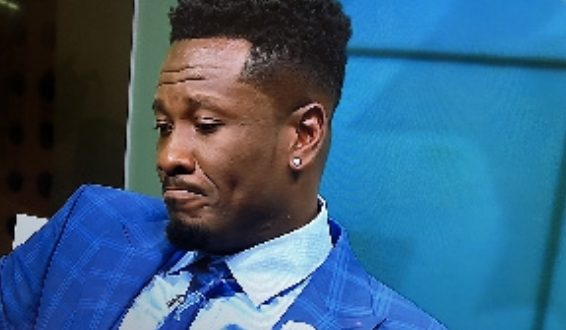 Former Black Stars striker, Asamoah Gyan has fumed over the exclusion of Anderlecht midfielder, Majeed Ashimeru from the Ghana squad ahead of the FIFA World Cup playoff against Nigeria.

Otto Addo invited six midfielders for the Nigeria game and surprisingly, Majeed Ashimeru has been left out of the squad and Gyan has lost his head over it.

Describing it as “nonsense”, the all-time Black Stars topscorer complained bitterly about the exclusion of Ashimeru whom he believes is Ghana’s best midfielder after Arsenal’s Thomas Partey.

“This guy @MajeedAshimeru is the best midfielder in Ghana, after @Thomaspartey22

PERIOD. I have kept quiet on this but this nonsense must stop. Smh,” Asamoah Gyan wrote on his Twitter page sighted by GhanaWeb.