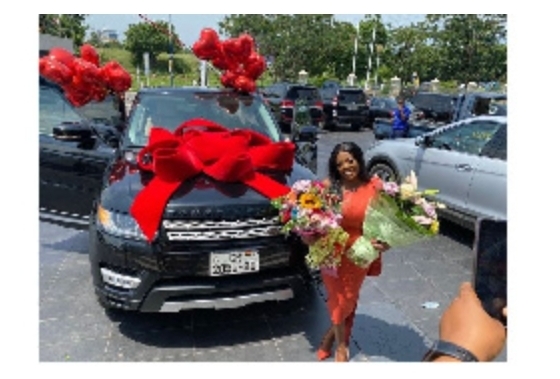 Broadcaster, Nana Aba Anamoah, has reacted to the increase in fuel prices in February which she reveals will force her to pack her vehicle and resort to the use of a bicycle.

Nana Aba, like several Ghanaians, has lamented the unprecedented fuel increment which has witnessed transport fares being increased by the various transport unions.

The renowned journalist who owns a Range Rover in a tweet announced that she will soon ditch her car for a cycle if the government doesn’t intervene by stabilizing fuel prices.

“I’ve ordered a bicycle. Driving is not good for my health,” she tweeted.

On Tuesday, February 1, the Ghanaians woke up to an increase in fuel prices by some Oil Marketing Companies. Several photos displaying the different prices of a litre of gasoline have been making rounds on social media.

Meanwhile, the leadership of the Concerned Drivers’ Association have hinted at a 40% increase in transport fare following the price hike.

According to a report by Starrfm.com, the association says the increment is influenced by the decision of the National Petroleum Authority to re-introduce the price Stabilisation and Recovery Levy, today, Tuesday, February 1, 2022.

Previous Osei Kwame Despite arrives at airport in style ahead of 60th birthday celebration
Next Asantehemaa’s 5th anniversary celebration: Kumasi shops to be closed down on Saturday February 5