Home / GENERAL NEWS / The Inside Story: How Corporal Nyame fell from best recruit to deadly criminal before death 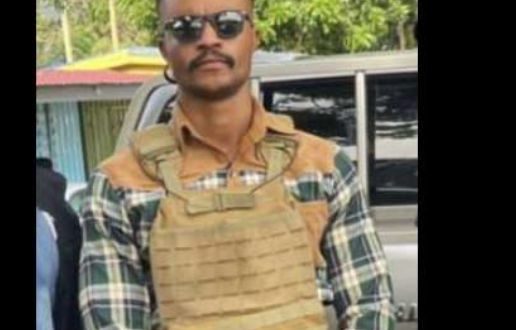 The Inside Story: How Corporal Nyame fell from best recruit to deadly criminal before death

Share
Details have started emerging about how Lance Corporal Stephen Kweku Nyame has surprised many of his colleagues following his arrest in connection with bullion van robberies recently.

Corporal Kweku Nyame happened to be one of the policemen with high prospects in the service after his recruit training in Accra.

Many of his colleagues who passed out with him in July 2017 penciled him to become a top police officer in the near future, considering his performance in training school.

He was one of the graduands at the graduation ceremony of 618 recruits at the Tesano Police Training School in Accra and formed part of the recruits who had gone through intensive basic training in policing.

Corporal Kweku Nyame was one of the the pioneers to be trained in child friendly policing initiative, which the service has adopted as one of its strategic priorities.

He emerged the Best in Drill, an award which was personally given to Stephen Kweku Nyame by then Inspector General of Police, IGP David Asante Appeatu.

Barely 5 years after he joined the Ghana Police Service, Corporal Kweku Nyame was said to have moved from fighting crime to become a criminal himself which suddenly led to his death.

On Monday March 7, 2022, in a statement issued by the police said they had made a major breakthrough in the bullion van robberies after months of investigations.

Some two policemen, according to the police were masterminds behind the multiple robbery attacks on bullion vans in the Greater Accra Region.

The police described the development as a major breakthrough in the fight against bullion van robbery attacks.

Robbery attack around Kingsway somewhere in February 2021 and in Baatsona, Spintex, in March 2021, Jamestown, Adedenkpo, in June 2021 and the recent attempted robbery at North Kaneshie Industrial Area, in February 2022 were said to have been orchestrated by the two officers whose names were initially withheld.

According to the police, there was an exchange of gunshots during an intelligence led raid and the two policemen.

Shockingly, the names mentioned are No.58284 Constable Reindolph Gyimah Ansah, No. 53549 Lance Corporal Stephen Kwaku Nyame who had earlier been arrested in connection with the bullion van robberies.

They were said to have been shot and were pronounced dead on arrival at the police hospital where they were rushed to for treatment.

Corporal Kweku Nyame name has since sent shiver down the spine of many police officers, especially his course mates who have fond memories of him at the training school.

According to him, little did they suspect he could descend so low to get rich quick through criminal means, considering his performance at the training school and after training leading to his deployment to National SWAT.