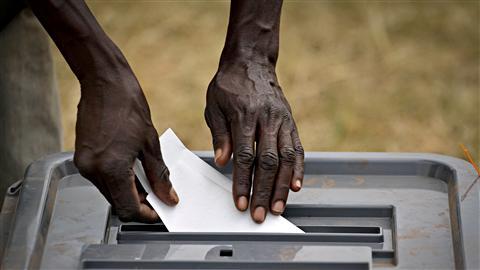 The National Peace Council (NPC) has observed that the tension associated with the upcoming 2020 general elections is like no other since 1992 in the country and attributed the rareness of the unease to the fact that two among the contenders in the race for the Jubilee House already have had the ‘pleasant’ taste of power.

“We have gone through elections before and we’ve come out clean. In all those elections that we went through, there was tension. But come to look at the 2020 election, there seems to be more tension than any of the past elections. Why? Because from the two major parties, we are having people who have tasted the seat before and they know what it means to sit on that seat. So, everybody’s eyes are wide-opened. It’s creating a lot of tension in the country.

“But let me say we only have this country that belongs to us. At least, most of us have crossed to the Burkina side and we have seen how we were forced to comport ourselves. Seriously, you need to comport yourself when you cross the border even as a security man. Now, imagine yourself going there as a refugee— what it is going to be like. And for this reason and many more, we want to appeal to the parties that we come out clean. I mean, there have been winners and losers in elections and winners have taken over smoothly and losers have handed over smoothly. It’s not the first time. We’ve done it several times. This should not be anything different from what we’ve done before. But it looks like the stakes are too high this time round,” said the NPC’s Upper East Regional Chairman, Alhaji Sumaila Issaka.

The council registered this observation on Wednesday in the Upper East Region at an ongoing event dubbed “Advocacy Campaign on Eradication of Vigilantism in Ghana”. Organised by the council, the programme is funded by the Danish Embassy and supported by the Government of Ghana. A number of stakeholders are in attendance. They include political parties, the Electoral Commission (EC), the Ghana Police Service, the Bureau of National Investigations (BNI), the National Commission for Civic Education (NCCE) and civil society organisations.

There have been incidents of armed violence in Ghana and arrests of firearms being smuggled into the country have made headlines lately with less than eight weeks to the polls.

The NPC also expressed fears at the event that vigilantism and armed violence, if not thoroughly checked now, could bring about a general low turnout on December 7.

“Tell me, who would go and vote if he or she sees or perceives that violence is likely to happen, that at the polling station somebody is likely to go there wielding an AK-47? At times, you may not be the target but a stray bullet doesn’t discriminate. And that is what will cause the fear in people to go and vote. As stakeholders, let’s see this as critical in our work so that all our efforts will not be wasted. 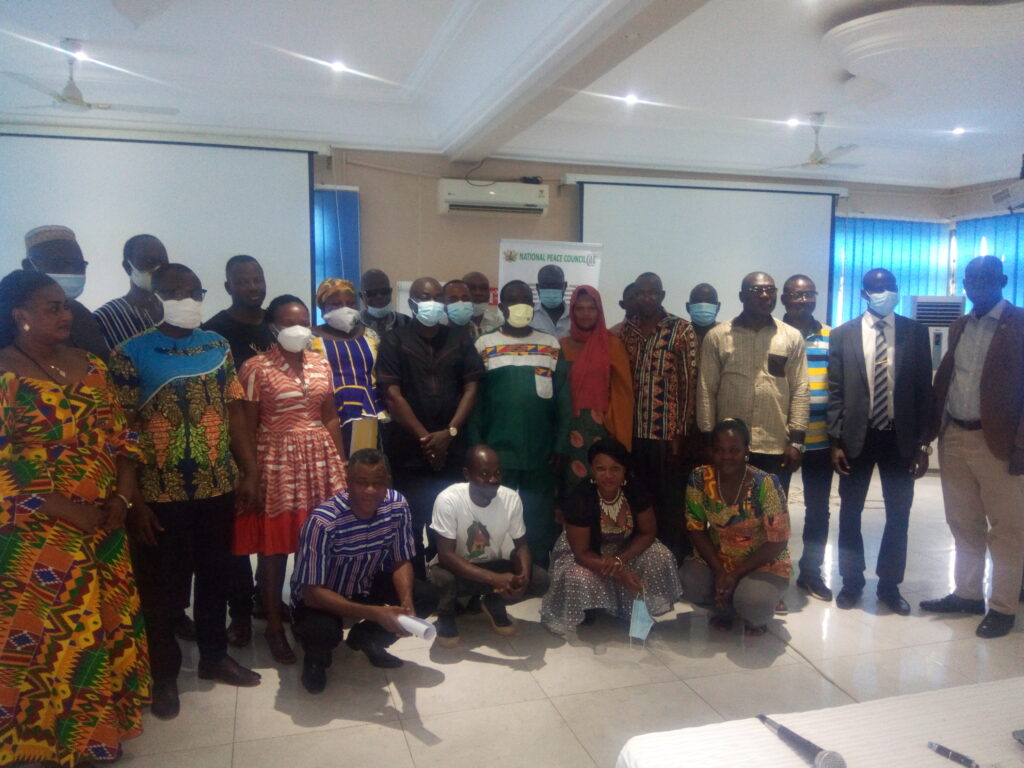 “The political parties, let us see that when we are able to reduce the incidents of violence, we are actually canvassing for more people to come out and vote for us. All the institutions involved, let us know that if we are able to reduce violence in our elections, we can tell anybody that we have been able to achieve some successes in our work, we can point to 2020 general elections as our achievement,” the NPC’s Upper East Regional Secretary, Ali Anankpieng, told the participants.

Making a presentation captioned “The Roadmap for the Eradication of Political Vigilantism in Ghana” at the event, a member of the National Peace Council Board, Shaibu Abubakar, placed emphasis on the need for the government to undertake an in-depth study on arms control and management in the country.

“We need to look at these issues seriously— the spate of armed robbery. The MP who just lost his life, the cry of the MPs to have police protection and all those probably would not have been necessary if people were doing the right things.

“Almost every day, armed robbers attack us here in this region. Nobody is talking about it. People die almost all the time or every day because those guys (armed robbers) have their hands on something that they use to carry out their [operations]. There are other underlying factors,” he stressed.

The roadmap document presented at the programme highlights a number of measures proposed to ensure the upcoming elections are not marred by any violence.

They include, among other recommendations, political parties “taking necessary steps to make sure their members refrain from vigilante activities, cooperating with law enforcement agencies by refraining from protecting their members who violate the laws governing vigilantism, affirming and signing the political party code of conduct on political vigilantism during a public function organised by the NPC with the media in attendance, continuously sensitising and educating their members on the dangers of vigilantism.”

The roadmap document also outlines a number of recommendations as to the roles the police, the Attorney-General’s Department, the NCCE, the EC and the media among other stakeholders are to play going into the polls. The Upper Regional Coordinating Council (UERCC) commended the NPC for coming up with the event as part of the concerted efforts being made in the region to ensure a violence-free 2020 Election.

“Let me commend the Regional Peace Council [a branch of the NPC in the region] for the initiative of a regional sensitisation and advocacy platform on an important national law as the Vigilantism and Related Offences Act 2019 (Act 999). The implementation of any new law, as this one, will be facilitated when key stakeholders are informed about its content and the roles expected of stakeholders. A sensitisation of this nature is even more critical given that Ghanaians will be going to the polls in less than two months and the clarion call is for peace and security of the nation,” the Upper East Regional Minister, Tangoba Abayage, remarked in a speech read on her behalf by a Deputy Director at the UERCC, Michael Awuni.

Aside the roadmap document, some other documents were presented by other facilitators in respect of the impending elections. They are Code of Conduct for Political Parties, the Vigilante and Related Offences Act 2019 (Act 999), Early Warning Signs and Hotspots to Watch, Implementation of Action Plan and Formation of Monitoring Team. Video clips taken from scenes of electoral violence recorded in some parts of the country in recent times also were projected on a screen at the event to buttress the NPC’s position against election-related violence.