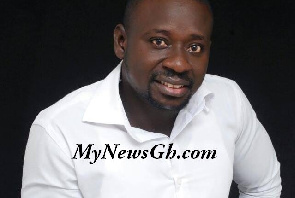 Relations, family members and friends of the late Joseph Migal Jinjel 40, a former Deputy Distribution Manager of the Ghana Water Company Limited (GWCL) in charge of Accra East Region have been inconsolable over his demise, MyNewsGh.com.

The mortal remains of the late GWCL who was gruesomely murdered on New Year’s eve is being interred today February 9, 2019 at his hometown in Bunkpurugu in  the Bunkpurugu district of the Northern Region.

It was a hard moment at the requiem service for mourners from all walks of life who trooped to the hometown of the deceased to come to terms with the reality that it was their final meeting with the late Joseph Migal Jinjel, a young man with a promising career.

Members of his immediate family broke down as the sermon was preached as part of the celebration to bid him farewell with prayer to God to grant him a peaceful repose.

It would be recalled that MyNewsGh.com broke the story about his murder by unknown assailants while traveling to his hometown police earlier confirmed to this portal.

regular visitor to his hometown of Bunkpurugu and had actually played key roles in the mobilization of the youth as President of the Bimoba Youth Association in Accra prior to his death.

According to his family, Mr. Joseph Migal Jinjel together with his wife and others were attacked by alleged armed robbers at Langbinsi.

While driving, he was stopped by the hoodlums in the night who after barricading the road with pieces of wood, pulled him out of his cross country vehicle and shot him to death after which they fled.

The family has earlier in an interaction, suspected contract killing considering the fact he was nursing an ambition to contest as National Democratic Congress (NDC) parliamentary candidate for Bunkpurugu Constituency while another school of thought linked it to a long standing ethnic feud.

One person identified as Zachariah Biimi Naandam who is alleged to have masterminded the act, was arrested and has since been granted bail by a Tamale High Court on Friday with two sureties to be justified.