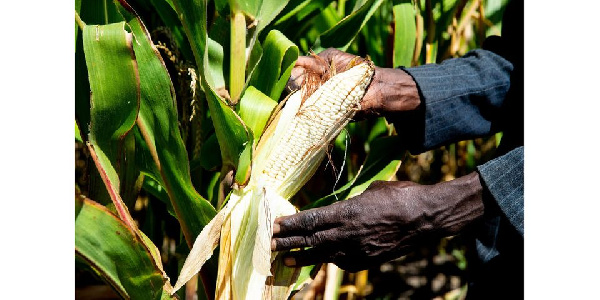 The government through the Ministry of Agriculture has said it will step up vigilance against the importation or illegal entry of genetically modified crops from neighbouring countries that allow the use of biotechnology in agriculture.

“We are not open to such GM technology,” said Mr Bashe when reached for comment by The Citizen.

The Ministry of Agriculture has made an unequivocal response on Tanzania’s position on the use of biotechnology in food production after concerns were raised by some agriculture stakeholders, including consumers, of the potential entry of such crops, considering the proximity of the two countries.

The minister further reiterated that Tanzania does not promote or commercialise genetically modified crop varieties, as the country’s Hybrid and Open-Pollinated (OP) varieties are performing well.

“Currently, issues related to biotechnology are being widely researched so that people understand its handling and control as far as data collection and analysis are concerned,” he said. As such, Mr Bashe added, whenever responsible authorities are satisfied with the matter, then Tanzania will proceed with GM trials.

“But such trials will only be allowed for academic purposes, which in turn would help the country and its people to have a broad understanding of GM varieties, especially the benefits and impact on the environment.” As it rules out commercial utilisation, the government is keen on establishing a specially-confined operation for academic purposes under strict supervision

“Such fields will be similar to what we have been doing with traditional seeds, whereby the country’s Agricultural Research Institute (Tari) is tasked with researching and producing traditional seeds with a view to developing and conserving them,” he said.

“We will keep on utilising the hybrid OP varieties as our various studies maintain that we have enough and the very best hybrid seeds that are commercially viable and more productive than GM.”

Making a comparative argument, Mr Bashe said, “Our colleagues (Kenyans) are using biotechnical technology (BT) on cotton seeds, which according to their studies, produce 850kg per acre. Yet our Ukiliguru hybrid varieties are yielding an average of 1.2 – 1.75 tonnes per acre.”

Therefore, the minister affirmed that with such an outcome, Tanzania has every reason not to embrace GM seeds.

“In fact, the cost of GM cotton seeds is five times higher than the price of hybrid cotton seeds.”

And for biosafety matters, Mr Bashe confirmed that the Tanzania Official Seed Certification Institute (TOSCI) is mandated to protect the country against GM varieties, among others, and that it will not allow such seeds to register in the country.

“The government is vigilant. We will put in place extra measures so as to make sure there aren’t any GM-related seeds that enter the country,” he assured.

The said decision was taken in order to conserve the country’s genetic resources and local seed.

Prof Mkenda’s announcement was not the first as in 2018, then Permanent Secretary of the Ministry of Agriculture Matthew Mtigumwe made a similar statement.

According to The Citizen records, the government did not only ban ongoing trials on GM seeds but also directed Tari to immediately destroy evidence of the research at the Makutupora centre for maize, and those for cassava at the Mikocheni centre.

It is said that trials at Makutupora, were at an advanced stage of releasing results for demonstration while the one in Mikocheni was ongoing.

Mr Mtigumwe’s statement was seconded by Mr Japhet Hasunga, then Minister of Agriculture, and all field trials were halted.

Though later on, Dr Fred Tairo, principal agricultural research officer at the Mikocheni centre, refuted the statement, claiming there was full support from the government for GMO trials and that the “ban” was a point of miscommunication.

In 2016, Tanzania had planted its first genetically modified maize research trials under an initiative that was to build a new model for advancing agricultural innovation through public-private partnerships.

The confined field trial, a precursor to commercialization, was to demonstrate the effectiveness and safety of a drought-tolerant GM maize hybrid developed by the Water Efficient Maize for Africa (WEMA) project.