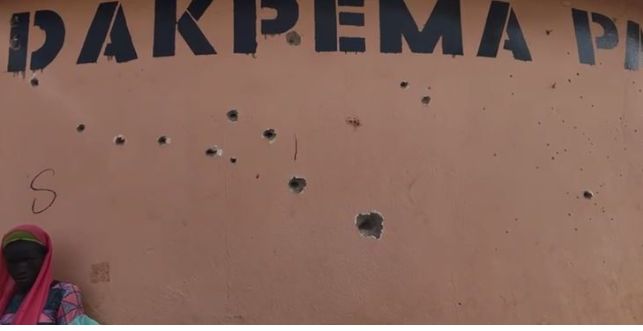 Share
Police in Tamale in the Northern  Region are on a manhunt for 15 people who allegedly launched a gun attack on the Dakpema palace in Tamale on Monday dawn.

Five people including the Dakpema Chief, Naa Bawa Fuseini, sustained injuries and are being treated at theTamale Hospital.

Bloodstains and bullet penetrations are visible marks of the attack on the palace.

Discharged cartridges and a burnt motorbike were also found at the scene.

Reasons for the attack are unknown, but palace elders have called on the security agencies to bring the perpetrators to book. 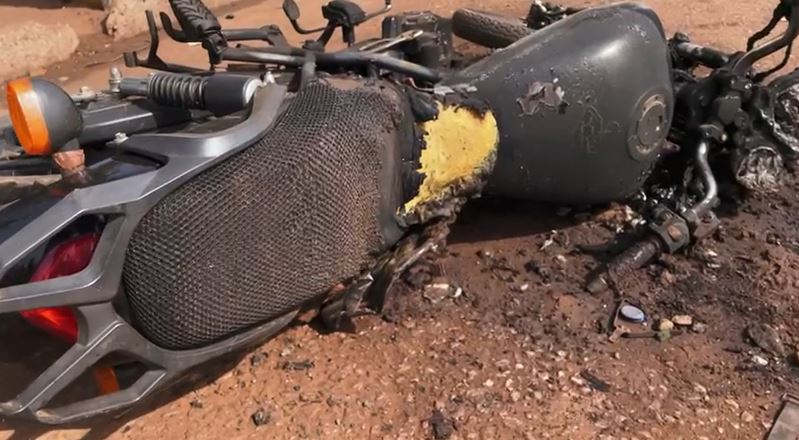 There have been issues of supremacy between the Dakpema Palace and Gulkpe Naa Palace over who is the chief of Tamale for some time now.

Whilst the Dakpema Chief claims the title of Chief of Tamale, the GulkpeNaa holds the same position, which led to the Overlord of Dagbon to issue a statement outlining the duties of the two palaces a fortnight ago.

“Our attention was drawn to a shooting at the Dakpema Chief’s Palace here in Tamale, and according to eyewitnesses,15 people onboard a Toyota Hilux raided the palace and fired, four others and the chief himself sustained gunshot wounds. They are currently in the Tamale Teaching Hospital receiving treatment. We are still investigating and picking up information. We have declared a manhunt for those 15 men, we believe we would find them. The community is calm as we are currently doing police patrols.”