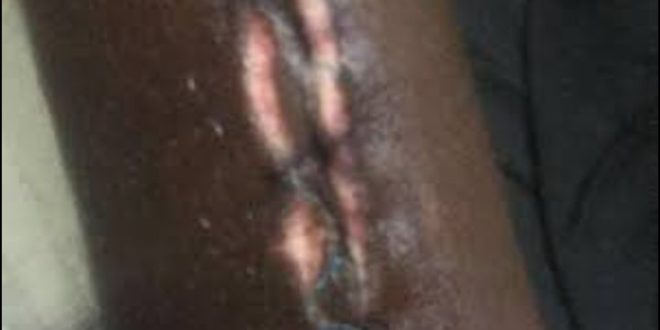 On this episode of #SaItLoud, a final year student of Swedru Business Senior High School shares his traumatic experience suffered in a knife attack from some of his mates.

Still nursing his wounds, Ishmael Agyei told host, George Ayisi, about events leading to the attack and how he has been left with wounds that most certainly will leave him with permanent scars.

Ishmael Agyei’s father, Ibrahim Kwabena Agyei, also appears in this episode to share his sentiments about how the headmaster of SWESBUS has been dealing with the attack on his son.

Bent on seeking justice, Mr Agyei notes that the perpetrators behind the attack on his son ought to face punitive actions to serve as a lesson and a detriment to other students.

An uncle of the victim, Wahab Ishmael also describes the attack as an attempted murder which deserves to be taken over by the police.

Mr Wahab also spoke to George Ayisi in this episode and outlined the measures taken by the family to seek justice for their son.

He, however, maintains that the headmaster for the school has been uncooperative in getting the perpetrators to face justice.

Watch the full #SayItLoud below: