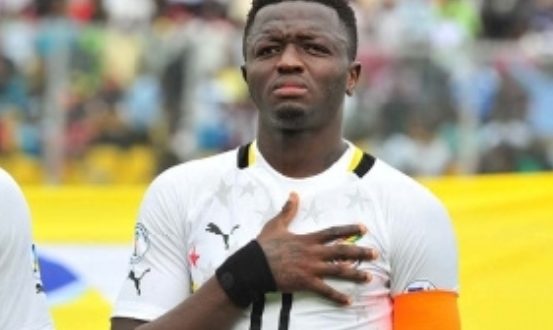 Ghana to play Nigeria on March 25

Since his performance for Accra Hearts of Oak in the goalless game between Kumasi Asante Kotoko and Hearts of Oak on February 20, 2022, calls have heightened for the recall of legendary midfielder Sulley Muntari into the Black Stars.

What started off as mere calls by over-excited fans of Hearts of Oak has developed some legs with rife rumors that the former Inter Milan midfielder could be handed a place in the Ghana team for the World Cup play-off against the Super Eagles of Nigeria.

Amid calls for his return has been the question of his eligibility to play for the Black Stars due to his alleged role in 2014 World Cup debacle.

Muntari, according to reports was tasked by the Dzamefe Committee to apologize for his role but declined to heed to the counsel.

But as the rumors gain grounds, GhanaWeb has sighted a letter of apology from the midfielder which was published by the Ghana Football Association.

Muntari in the letter apologized for his actions and pledged his availability for national team call-ups.

“I have reflected on what happened and I am deeply sorry and apologize to all the stakeholders in the GFA who were offended by my actions.

“Ghana has a special place in my heart and I will forever be indebted to my country and all the fans who have supported me from the beginning.

“I am always available to play for the Senior National Team of Ghana whenever I am invited,” the letter reads.

If selected, Muntari could be in Ghana’s team for the match against the Super Eagles of Nigeria on March 25 at the Accra Sports Stadium.

The 37-year-old could also be part of the squad that will play in the return leg on March 29 in Abuja. 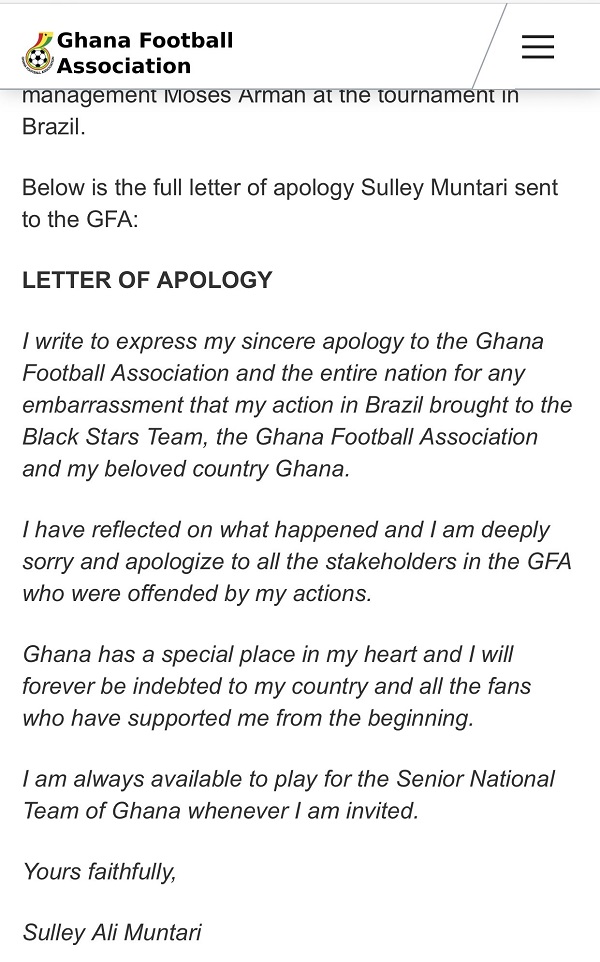