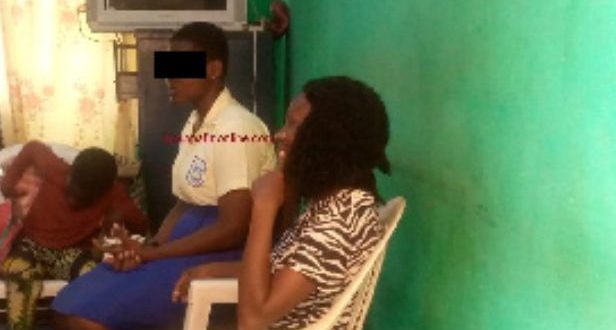 Share
Seventeen-year-old Form Two student of Ajumako Bisease Senior High School in the Ajumako Enyan Essiam District of the Central Region has attempted to end her life after her taxi driver boyfriend threatened to dump her.

Information gathered by EIB Network Central Regional Correspondent, Yaw Boagyan indicates that the student, (name withheld) who is said to have been in a relationship with the taxi driver since her Junior High School days on Tuesday, March 22, 2022, decided to drink a detergent to kill herself after her lover told her, he was going to walk out of the relationship because he has found another woman he wants to settle down with.

Residents near a hostel where the student lives are said to have heard her screaming and calling for help following which they rushed to her room only to find her writhing in pain and foaming at the mouth with the substance lying beside her.

She was then rushed to the Ajumako Government hospital where she was attended to and her condition stabilized.

Upon interrogation, she revealed that she attempted suicide due to the crises in her relationship.

She is receiving counselling from the Bisease Senior High School Counseling Department while an official report has been made by her School Authorities to the Ajumako District Police.