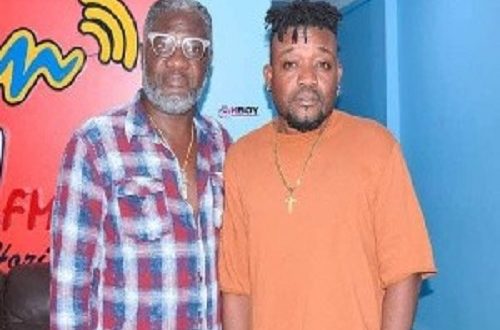 Zionfelix.net has gathered that Nana Opoku Kwarteng aka Starboy Kwarteng is demanding songs of his deceased daughter from the Record Label after her contract expired.

He resorted to make this demand through the law court.

As it stands now, the duration of the contract has not been disclosed to the public, but Bullet disclosed in an interview some years ago that Ebony Reigns benefited 40 per cent of the contract signed with Rufftown Records/Midas Touch Inc.

Barely a year ago, the father of the deceased confirmed that the contract was intact following her daughter’s demise—and he was receiving the agreed 40 per cent of revenue on songs composed by Ebony Reigns.

The promising dancehall diva sadly passed away on February 8, 2018, following a car crash on the Sunyani-Kumasi highway.

Zionfelix.net will have updates on this developing story.

Previous PHOTOS: Woman Rescued After Husband Locked Her In Toilet For One And Half Years
Next Judge in Kennedy Agyapong’s contempt case transferred outside Accra