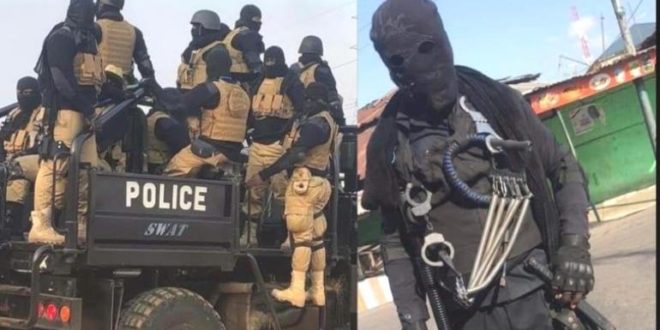 Participants at a stakeholders forum organised by Parliamentary select committee on Constitutional, Legal and Parliamentary Affairs says the Anti-Vigilantism Bill name should be changed to Private Militias Bill to achieve the purpose.

A security analyst Dr Vladmir Antwi-Danso, said vigilantism was supported by the 1992 Constitution of Ghana but had been abused by political actors and making it become criminal contrary to its real meaning.

According to him, the 1992 Constitution allowed citizens to act with vigilantism to protect the state, but that provision of the constitution has overly been abused to achieve certain political criminality.

Contributing to the Bill at the Stakeholders forum at Parliament on Thursday May 23, Dr Antwi Danso cited a situation where the late President Hila Liman, in 1979 urged Ghanaians to form vigilantes in communities to help promote good governance.

The Security expert argued that most existing laws, including Act 29 of the Criminal Code of 1960, among others are enough to tackle the vigilante menace, stressing that, the lack of strict enforcement of the laws had been the bane of lawlessness been experienced in the country.

He stressed the need for state institution and law enforcement agencies to strictly apply the laws on people who acted contrary to the laws without fear or favour.

His concerns were strongly backed by James Kwabena Bonfeh, aka Kabila, acting General Secretary of the Convention People Party( CPP).

According to Bonfeh, the word vigilante itself isn’t bad but many people in politics for out of self serving interests have abused the word which is properly enshrined in the constitution.

He asked the Parliamentary Committee if possible to change the name or send it back to the promoter of the Bill, because its current name is in conflict with the 1992 constitution, adding that, “the proper name should rather be Militias as stated by Professor Henrietta Mensah Bonsu at the Emil Shot Commission.”

In the considered opinion of the CPP General Secretary, Ghana at the moment do not really need a vigilante bill as there are laws enough to deal with the issue.

Chairperson of the National Commission of Civic Education, Ms Josephine Nkrumah, observed that the recent attacks in neigbouring Burkina Fast by terrorists are some of the warning signals of the consequence of political vigilante groups.

While citing the issue of unemployment as the biggest causes of the formation of political vigilantes mostly recruited from body building gangs, the NCCE Boss cautioned political parties to desist from engaging such group of persons.

She also called the various security agencies, especially those at the country borders to monitor and control the importation of firearms, especially small and light weapons into the country.

The two major political parties, the New Patriotic Party (NPP) and the National Democratic Congress(NDC) have both reaffirmed their commitment to end political vigilantism.

However, Mr Alex Segbefia, a former Minister of Health representing the NDC believed the Criminal Code of Act 29, is very strong enough to deal matters bothering on criminality.

Though admitted the criminal form of the vigilante had occurred in some places in the country, he said they were low key issues as against the recent occurrence at the Ayawaso West Wuogon Bye-election.

Mr Segbefia called on the Government to release the report on the findings of the Emile Short Commission that probed the Ayawaso West Wuogon Bye-election violence.

Mr Gary Marfo Nimako, a member of the New Patriotic Party on behalf of his party said, the party still stand by President Nana Akufo-Addo called for the end of vigilantism and that the NPP remained committed to the call.

Mr Ben Abdallah Banda, chairman of the Parliamentary Select Committee on Constitutional, Legal and Parliamentary Affairs, said the forum was to solicit stakeholders’ view on the Vigilantism and Related Offences Bill, 2019.

He cited the recent vigilante events that marred the Ayawaso West Wuogon Parliamentary Bye-election, and others in the Talensi, Chereponi, Atiwa, Akwatia and Amenfi West constituencies in the recent past, as well as the terrorist threats in neighbouring Burkina Faso, and called for strong inputs on the Bill to achieve its purpose.

The object of the Bill, Mr Banda said, is to disband political party vigilante groups and prescribe solutions for acts of vigilantism in the country.