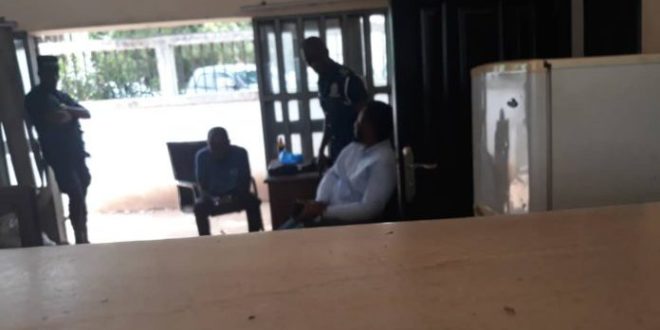 A special aide to the Minister for Tourism, Arts and Culture has been arrested in Parliament over the loss of a Huawei 230 phone belonging to a staff of the legislature.

The suspect, Nana Sekyi, was picked up on the afternoon of Wednesday, March 18, 2020 by police officers in Parliament after a report was filed by the victim at Parliament’s police station.

The phone got missing at a shop at Parliament’s foyer after the owner had inadvertently left it there.

The phone was later switched off.

This triggered an intervention by Parliament’s Marshal Department who resorted to the use of CCTV footage which led to the arrest of the suspect.

He is currently assisting police in ongoing investigations.