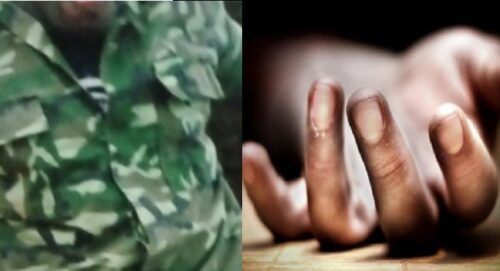 Some aggrieved Youth of Manso Datano in the Amansie South District of the Ashanti Region have expressed worry over alleged killings of two of their residents by some men suspected to be soldiers.

According to them, two persons in the community have been shot dead by these suspected military men who claim to be guarding against illegal mining in the past six months, with the latest one being a nursing mother.

Speaking to OTEC News Kwame Agyenim Boateng, one of the youth leaders, Kwasi Fosu, said a nursing mother met her untimely death after she was hit by a stray bullet from one of the suspected military personnel during a funeral on Saturday November 20, 2022.

Felicia, 20, is said to have died at the Okomfo Anokye Teaching Hospital after sustaining gunshot injuries from some military men at Datano during a clash with the youth.

A 2-year old daughter of the deceased mother according to Mr Fosu is also said to have been critically wounded from the stray bullet.

“We had just finished a burial service of a young man who allegedly died at the hands of these suspected military men six months ago at a galamsey site, when some of our youth out of anger took to the streets, blocked the main road in the community to register their displeasure “.

“Out of nowhere, some armed men in military attire suspected to be in the army, stormed the area to stop the protest which resulted to a serious clash between the youth and their attackers”.

“One of the armed men, fired a warning shot during the protest and wounded Felicia and her daughter, they were rushed to hospital but the 20-year-old mother was pronounced dead at the hospital”

Mr Kwasi Fosu, said they were not happy with what happened to their colleagues and so therefore appeal to the Ashanti Regional Minister Hon Simon Osei to intervene.

“Youth group in the community is infuriated by the consistent harassment by the suspected military and we are calling on authorities for justice and call the military to order”. He said