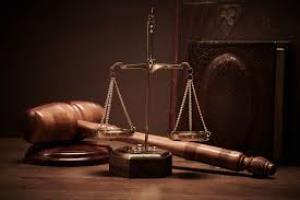 A military officer with the Ghana Armed Forces who has been allegedly having sexual intercourse with his own daughter has been dragged before an Accra Circuit Court.

Sergeant Eric Asare-Mante is accused of sexually abusing his daughter since she was nine years old – between 2013 and November 2018 when she turned 15.

His modus operandi, according to police prosecutors, included shaving the pubic hairs of his daughter and subsequently having sexual intercourse with her.

He is alleged to have warned the victim not to reveal the incestuous affair to anybody else she will risk dropping out of school.

Sgt. Asare-Mante has been charged with two counts of defiling a child under the age of 16 and incest, to which he pleaded not guilty.

His lawyer pleaded with the court, presided over by Rita Abrokwa Doko, to grant him bail pending the trial.

The court, however, remanded him in custody until August 28 to decide on the bail application.

Per the facts of the case as presented by Chief Inspector Kofi Atimbire, Sgt. Asare-Mante between 2013 and November 2018 was living at Burma Camp in Accra with the victim who is his biological daughter.

According to him, the accused person had between the periods been having sexual intercourse with the victim whenever he desired.

The prosecutor told the court that Sgt. Asare-Mante after having sex with the minor gave her “some tablets to take to prevent any pregnancy. The accused person also threatened to let the victim discontinue her education if she disclosed her ordeal to anyone.”

Chief Inspector Atimbire narrated that the accused person last had sex with the victim in November 2018 and the victim had since been resisting the dad anytime he attempted having sex with her.

He said in July 2019 the victim visited her grandmother after her Basic Education Certificate Examination (BECE) and confided in her uncle, one Henry Asante, who also informed the complainant, Rosemary Bosu, about the victim’s ordeal.

The matter was then reported to the Domestic Violence and Victim Support Unit (DOVVSU) of the Ghana Police and a medical form was issued for the victim to be taken to the hospital.

Sgt. Asare-Mante was later arrested and put before court.