Home / GENERAL NEWS / Singleness is not a curse – Otabil 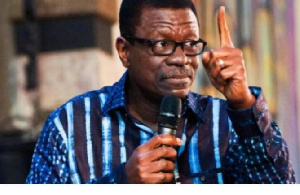 Singleness is not a curse – Otabil

Theologian, motivational speaker and entrepreneur, Pastor Mensa Otabil, has noted that singleness is not a curse by any means.

The Founder of the International Central Gospel Church (ICGC) explained that singleness is a life like any other that can be lived purposefully.

He stated that Jesus Christ and the Apostle Paul set a good example of how singleness can be lived purposefully.

Answering questions on ‘singleness and premarital issues’ in a televised interaction with some members of his church, he said among other things, that “There are people who choose to be single and there are others who find themselves being single.

“Most single people would probably at a pointy be hoping to get married.

“Because marriage was the focus if they don’t get married it would seem like a disappointment but if they had chosen not to marry then there will be no disappointment then.”

He added “So, I think it is just the fact that people hope to get married and don’t get married, it makes them feel like they have been unfulfilled or a dream has not been met and expectation has not been fulfilled.

“But singleness by itself is not a curse by any means. It is life like any other life and can be lived purposefully.”

He further stated that persons contemplating marriage should make it a priority to marry those they share the same “core spiritual values” with.