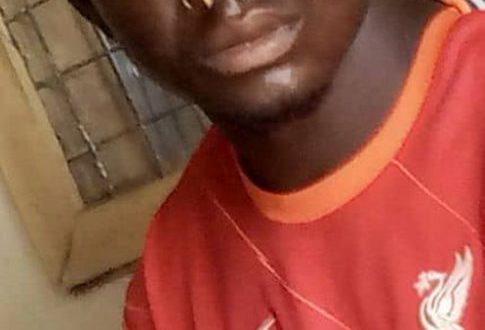 A 24-year-old Senior High School (SHS) graduate, Isaac Gakpetor, has been remanded into police custody by the Bole Magistrate for stealing gallons of fuel from tanker drivers.

Reports indicate the suspect committed the act when the drivers parked their tankers to rest at a filling station at Bole.

The court, presided over by His Worship Edward Essel, has also fined the suspect GH 8,200.00 or in default he shall serve 18 months imprisonment with hard labour.

According to the prosecutor who also doubles as the Bole District Crime Officer, ASP Wisdom Pavis Agbeklah, one of the filling stations, Amdaway with the help of some drivers arrested the suspect and handed him over to the police.

He said for the past five months, drivers who come to rest at the filling station complained of their missing gallons of water and fuel in the tanks of their vehicles.

DSP Agbeklah added that a CCTV camera captured a young man with six cans of petrol as some drivers and workers laid ambush to arrest the person behind the stealing of the fuel.

The suspect was arrested with a motorbike, an android phone and some keys.

According to the prosecutor, he was charged for stealing and causing financial loss to the fuel company.

He gave out two accomplices he always sells the stolen fuel to and they were arrested from their hideouts.

They both pleaded guilty to the offences and were charged for conspiracy.

The suspects are expected to reappear on August 31, 2022.