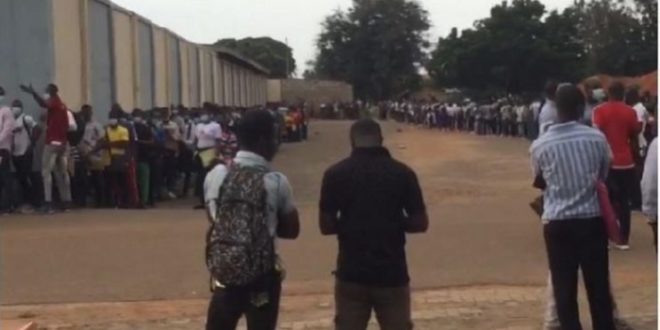 It has emerged that the presidency is breathing on the necks of officials of the Ghana Immigration Service (GIS) for protocol recruitment.

A document available to Adomonline.com, dated February 22, 2022, indicates about 521 people on the list allegedly signed by the Chief of Staff, Madam Frema Osei Opare.

This comes after the Minister of Finance, Ken Ofori-Atta, last year gave clearance for 2,000 people to be recruited into the Immigration Service.

This means that in spite of the long queues by prospective recruits who followed due process, only a few might be lucky to fulfil their dream of serving their nation.

This revelation defeats the assertion by the Minister for Interior, Ambrose Dery, that there is no protocol recruitment into the security service.

Below is the letter allegedly signed by Madam Frema Opare: