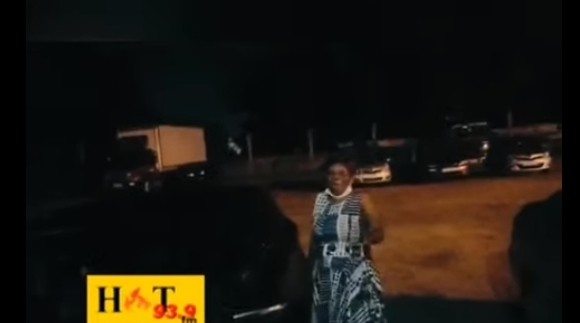 Shatta Wale’s mother spotted in town after being rendered homeless

Share
After being evicted from the apartment her son, celebrated dancehall artiste, Shatta Wale claimed to have bought for her by the landlady, Madam Elsie Avemegah better known as Shatta Mama has made her first public appearance.

In a video sighted by Hotfmghana.com, Shatta Mama is seen ‘jumping’ into the car Shatta Wale bought for her.

According to Hotfmghana.com’s checks, the video was taken at Osu in Accra by an agent who is helping her to acquire a new apartment.

On February 28, 2022, Hotfmghana.com broke the news that Shatta Mama has appealed to the general public for support to pay her rent following her eviction from the house Shatta Wale allegedly bought for her.

She narrated that the house was given to her “six years” ago and no one came until recently when a woman came to eject her with the motive that she owned the house but all efforts to reach Shatta Wale are yet to materialise .

Watch the video below!