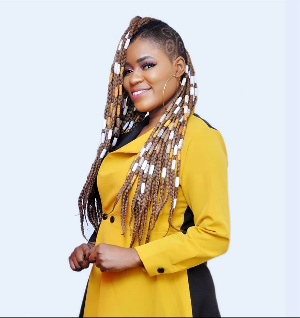 Shatana is the only celebrity with class in Ghana – GBC presenter

A journalist with the Ghana Broadcasting Corporation’s Twin City Radio, Stephen Kudiabor Gidimajor a.k.a Air Commander has declared Shatana as the only celebrity with infinite class in Ghana.

Explaining his assertions on his drive time show dubbed ‘Celebrities Drive’, he outlined six major reasons why he believes Shatana is the cream of the crop.

Among the many reasons he gave for his assertions, he said “Shatana is the only artist who has been able to stop indecent twerking in public.”

It would be recalled that a video recently popped up on the internet which captured Shatana beating Akuapem Poloo on Stage. According to her, she spanked Akuapem Poloo because she felt she was infecting the audience with her incessant twerking.

He also claimed that Shatana is the only celebrity who has been able to re-shape the life of commercial sex workers.

Air Commander claimed that Shatana has successfully transformed the lives of several prostitutes, sighting her exploits in Ghettos during the coronavirus lockdown period as a great example.

The radio host in giving another reason said “Shatana is the youngest female celebrity to have won three accolades at the Ghana Leadership Awards.”

He added job creation as one of the things that sets the female artist apart from others.

Air Commander disclosed that Shatana has employed several youths into her farming, make-up, restaurants and bakery business which has steadily improved the standard of living of such persons.

She has established a foundation that caters to orphans, widows, rape victims and prostitutes.

Shatana is mostly seen educating the youth through her music, interviews, creative arts platforms and above all encourages them to be self-dependent, stop displaying their nudity on social media and to use their talents positively.