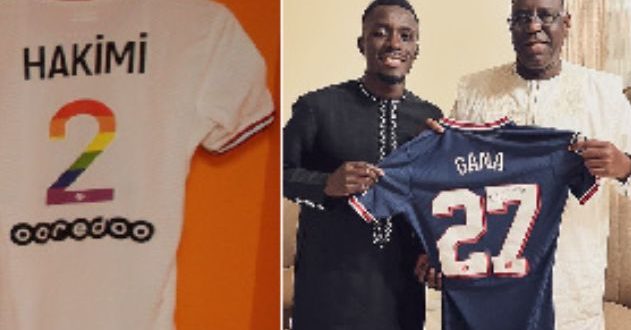 The president on Tuesday tweeted his support for player stating that Gueye’s religious beliefs had to be respected amid homophobia accusations in France.

“I support Idrissa Gana Gueye. His religious beliefs must be respected,” he wrote on Twitter.

The player is facing homophobia accusations after he missed a Ligue 1 game against Montpellier over the weekend.

His refusal was because players were to wear jerseys whose numbers were decorated in the rainbow flag – in support of the LGBTQ movement.

His manager Mauricio Pochettino, later told the press that the player was absent for “personal reasons” rather than injury.

It is not the first time the defender has missed a match for a similar reason, he missed a game in 2021 on a day dedicated to the fight against homophobia.

Previous 16 Ghanaian celebrities who have been to prison
Next Nigeria’s EFCC arrests, grills ex-Speaker, Patricia Etteh over alleged fraud

While Black Stars midfielder, Thomas Partey, is raising the flag of Ghana high in England as the highest-paid …