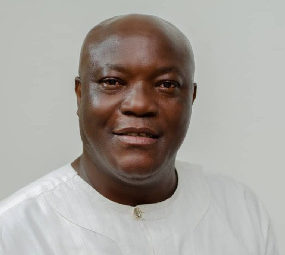 The Metropolitan Chief Executive for Sekondi–Takoradi, Abdul Mumin-Issah has been granted a bail of GH¢100,000 by a Circuit Court in Takoradi.

The Court presided over by His Honour Micheal Ampadu in addition to the bail sum said the MCE should produce three sureties.

The case has been adjourned to Thursday, 17th of March 2022.

Hon. Abdul Mumin-Issah was arrested by the Western Regional Police Command on Thursday, February 3, 2022, after he allegedly hurled insults and threatened a Police officer on road check duties.

“Mr. Abdul-Mumin Issah, the Hon. MCE for Sekondi-Takoradi Metropolitan Assembly has been arrested by the Western Regional Police Command today, Thursday, 3rd February 2022, for an alleged motor traffic offence, verbal assault and offensive conduct against a Police Officer who was performing his lawful duty,” the Police wrote on Facebook.

The MCE is overheard angrily heaping invectives on the police officer for insisting that he joins the queue like others and wait for his turn.

“You are stupid, you ugly policeman, you say a whole police officer, you are nothing, don’t worry let him play his king kong thing, I have exercised patience for you to call whoever is coming, I could just pass by and there is nothing he can do. If I decide to pass by what else can you do? But I have been patient enough which you have called to come and take me to headquarters. I could have just drove there, go(sic) and you can do whatever you want to do tomorrow morning and it won’t get anywhere,” the MCE is overheard in the exchanges with the on-duty police officer.

The policeman is also heard insisting on the right thing being done despite calls by the MCE to another police officer to intervene.

“…the patrol team is coming to take you to headquarters for further action; they are coming to take you for further action…I should take it for what? I am saying I have called the patrol team, your action, your behaviour, your attitude have (sic) been reported and you will be detained for this, attempting to knock a police Inspector down? You wait!”