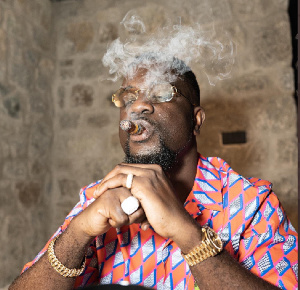 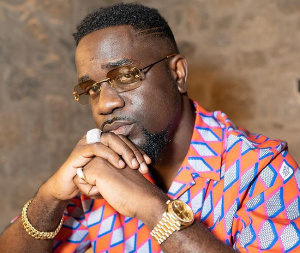 Award-winning rapper, Sarkodie, has released the official tracklist for his upcoming album, “Jamz.”

While “Jamz” will be Sarkodie’s seventh studio album, it features some top Ghanaian and Nigerian artists, along with sensational Ghanaian musician, Black Sherif.

Since Blacko’s entry into the music scene, the ‘Kwaku the Traveler’ artiste sparked excitement among netizens who looked forward to a collaboration between Sarkodie and himself.

That wish wasn’t far-fetched when the father of two finally composed a song with the young artiste.

With ten songs on the Jamz album, the Sark Nation Boss, aside from Blacko had the likes of Cina Soul, Oxlade, Joe Boy, Lojay, Kranium, and King Promise, among others, featuring in some of his songs.

Ahead of his album release, the ‘Non-Living Things’ artistes released a new single titled ‘Labadi’ ahead of his upcoming Jamz album.

The song has a blend of mid-tempo Afrobeats and Amapiano rhythms, which gives fans the notion that Sark’s other tracks will be equally good. 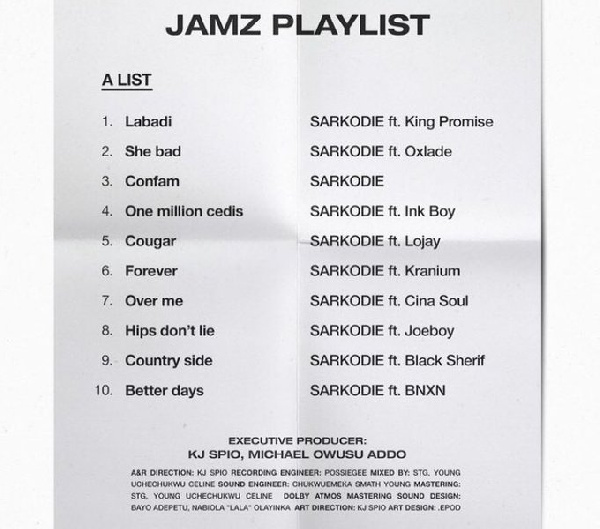