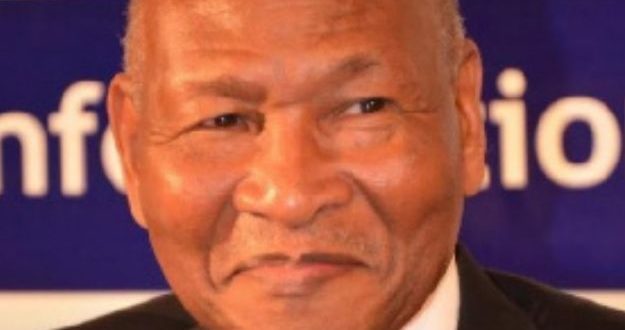 Share
Dr. Ayine has been dragged before GLC Disciplinary Committee

He had questioned the independence of the SC Justices

Sam Okudzeto is part of the disciplinary committee panel

Dr Dominic Ayine, a former Deputy Attorney General, has objected to the participation of Sam Awuku Okudzeto in disciplinary proceedings against him.

According to him in a Joy News report, he cannot comprehend why an appointee of President Nana Addo Dankwa Akufo-Addo to the Council of State will also be a member of the General Legal Council, GLC, Disciplinary COmmittee.

The former Deputy AG, through his lawyers, registered an objection stating that Mr Okudzeto on December 16, 2020, granted an interview to Accra based Citi FM, where “he scathingly berated and questioned the basis upon which the Petitioner was challenging the outcome of the results of the December 2020 Presidential Election, taking the view that NDC was negligent and therefore could not attack the Electoral Commission on the outcome of the results.”

He said, the CDD event in which as a resource person he expressed his view was purely for political engagement.

Dr. Ayine, however, noted any adjudicator who participates in the proceedings against him “must not only be seen to be neutral, but also removed from, and completely independent of, the politics of the Petition and the two major political parties involved in it.”

“Mr Samuel Okudzeto comes onto the Panel with a political association, sympathy and link, which, coupled with the public comments that he had made prior to the Petition strongly suggest that he cannot bring an objective judgment to bear on the matter before the Committ

“He should, therefore, not be sitting on the Panel in judgment over Dr Ayine’s conduct.”

Dr Ayine in May 2021 participated in a Ghana Centre for Democratic Development (CDD) and Law Faculty of Kwame Nkrumah University of Science and Technology (KNUST) virtual Roundtable/Webinar on the topic “Presidential Election Petitions and their impact on Africa’s Democracy” where he questioned the independence of the judiciary in the wake of the Supreme Court’s Judgement on the 2020 election petition filed by John Mahama.

He was asked by the moderator whether or not at the end of the case, his faith in the judiciary had been enhanced or weakened.

The Bolga East MP stated that he had expected the Supreme Court, building on the December 2013 Presidential Election Petition, to be more faithful to legal precedent, more open in the application of the law for purposes of holding the Electoral Commission accountable, and more faithful in its application of the rules of procedure in terms of adducing evidence by the Petitioner in proving his case.

To him, the fact that all nine Supreme Court judges were unanimous in rejecting almost every application of the Petitioner that he had brought was “telling” in terms of the open-mindedness of the justices as far as the Petition was concerned.

He also expressed concern about the lack of reasons for the rulings given by the Supreme Court.

He said, during the event that, “at the end of the day, the Petition dampened his hopes with respect to the independence of the judiciary especially its ability to hold the Electoral Commission in particular accountable in election petitions”.

Chief Justice, Kwasi Anin-Yeboah, on May 25, 2021, directed the Judicial Secretary to make a complaint against Dr Ayine at the Disciplinary Committee of the Council.

The committee invited comments from the former Deputy AG on the complaints and after receiving his response held a preliminary enquiry.

The Committee after its enquiry concluded that a prima facie case of professional misconduct has been made for which the charges should be levelled against Dr Ayine.