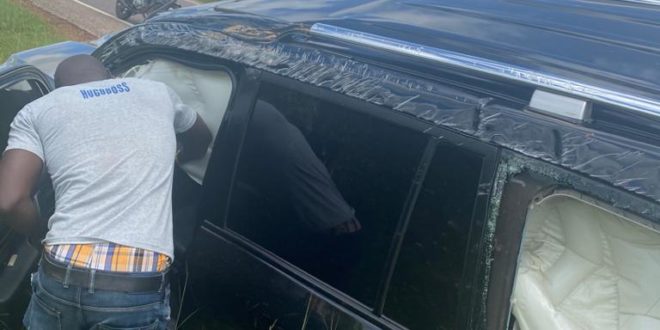 Information gathered by MyNewsGh.com indicates that the Managing Director for the Ghana Publishing Company Limited and convener for the Let My Vote Count Alliance, David Asante has been involved in a near-fatal accident on the Walewale-Nalerigu road.

The accident is reported to have occurred on Saturday October 10, 2020 when he was on his way to Nalerigu in the North East Region from Bolgatanga.

The Managing Director who is said to have sustained some injury is currently at the Baptist Medical Centre in Nalerigu receiving treatment.

His accident adds up to the number of political figures who have been involved in accidents during this campaign season.

This week, the National Organiser for the NPP was involved in an accident in the Ashanti region.

Reports say one of the cars in his convoy was crossed by a tricylcle and that made the car rush and crash into the car of the National Organiser for the NPP.

Also, the Deputy Bono East Regional Youth Organiser of the National Democratic Congress (NDC), Kojo Nsiah died after a vehicle he was traveling in got involved in a head-on collision on the Kintampo-Techiman Highway.

According to reports, he and some party members were returning from a funeral when the pick-up truck they were travelling in, collided head-on with an articulated truck loaded with fertilizer around the Tuobodom tollbooth.