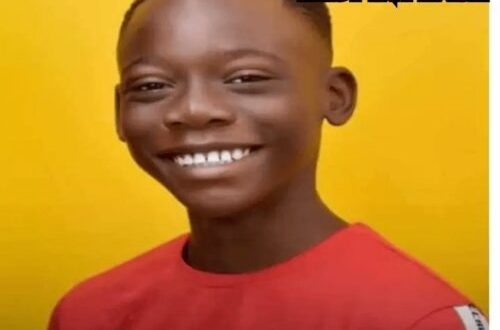 Anthony made the sad announcement on his Instagram and Facebook wall and promised his boy of a standing ovation during the event to be held in early December.

Denzel was one of the main characters in the short movie entitled ” CHRISTIAN VILLAGE” which sought to throw More light in the living of Accra Ghana.

Anthony Woode could not hold his tears as he made the announcement and wondered why the young man could not wait for them to celebrate the award before joining his maker.

Rest in peace my Gee. You’ve created a vacuum nobody can replace. Continue with this smile in Heaven. He wrote