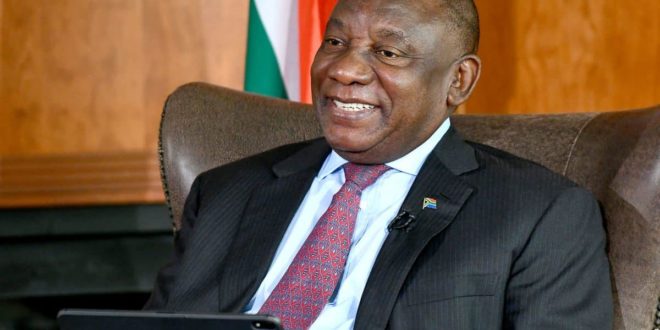 SA has officially been moved to Covid-19 alert level 1.

President Cyril Ramaphosa made the announcement on Sunday night during his address to the nation on the latest developments around the coronavirus pandemic.

President Cyril Ramaphosa addressed the nation on February 28 2021 on the latest developments in the country’s response to the Covid-19 pandemic. Ramaphosa touched on the Covid-19 vaccine availability, moving to alert level 1 and the various changes that come with the easing of restrictions.

The changes were due to kick in as of Monday, with a gazette expected to be published on Sunday night.

Ramaphosa said cabinet took the decision earlier on Sunday, with the country now moving from level 3 to level 1.

This, according to Ramaphosa, was due to a significant decline in the number of daily infections in recent weeks – an indication that SA had “clearly emerged from the second wave” of Covid-19.

“Based on an assessment of the pandemic in the country, cabinet decided earlier today [Sunday] to move the country from coronavirus alert level 3 to alert level 1,” Ramaphosa said.

The decision would restore some form of normalcy, as many of the restrictions would be lifted. Economic activity will also be reignited as more people will return to work and trade, Ramaphosa said.

“The return to alert level 1 means that most of the remaining restrictions on economic activity have been removed. We expect this to lead to higher consumption spending, bolstered by the steady recovery in employment,” Ramaphosa said.

The remaining prohibitions on the sale of alcohol have been lifted, allowing retailers to operate according to their licences – though sales during curfew hours will not be permitted.

Curfew is set to start an hour later, at midnight, and end at 4am.

Political parties will also be pleased, as political gatherings are now permitted. This means they can kick-start their campaigns ahead of the local government elections later in the year.

Social and religious gatherings are now also permitted, but would have to adhere to the limitations of 100 people for indoor and 250 for outdoor gatherings. Social distancing and other health protocols must be followed.

However, Ramaphosa said that some restrictions remained in place, including the prohibition on night vigils before and after funerals. Nightclubs will also have to wait a little longer before they can start operating again.

The wearing of masks, said Ramaphosa, would remain mandatory.

“As we ease restrictions, we cannot let our guard down,” Ramaphosa pleaded with the nation.

“The few remaining restrictions under alert level 1 are meant to maintain low levels of infections and in particular to prevent super-spreader events,” he said.