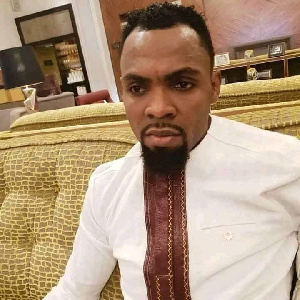 The new agenda set by Hon. Kennedy Agyapong is to expose the leader and founder of Anointed Palace Chapel after successfully dealing with Angel Obinim.

Pastor Demon Breaker alleged on Net 2 TV that Rev. Obofour was behind the death of Wayoosi’s mother.

According to the report he shared on live TV, Wayoosi’s mother died not long after he received the car as a gift.

Pastor Demon Breaker disclosed that the Wayoosi’s family members consulted a few spiritualists who confirmed that Rev. Obofour was behind the death of the woman.

Demon Breaker reminds Ghanaians that Obofour isn’t having all his household driving cars hence he can’t just gift it to just anyone if it isn’t spiritual direction.

Previous SA COVID-19 cases increase to 5 350, with 103 deaths
Next Outrage as Kenya spends virus funds on tea and snacks